< Back to results
Home / All Reviews / Volkswagen T-Cross is here!

Volkswagen is gearing up to become an SUV-centric brand. So far it has been selling the Touareg and Tiguan in South Africa, and has now added the all-

By Thami Masemola on 26 Sep 2019
Volkswagen is gearing up to become an SUV-centric brand. So far it has been selling the Touareg and Tiguan in South Africa, and has now added the all-new T-Cross.In 2020 the T-ROC will arrive as a final (so far) SUV model range, positioned between T-Cross and Tiguan. Of course the T-Cross is the entry-level baby which should and appears to attract not only young people, but also young-at-heart potential buyers.

We drove the Spain-manufactured car at its launch in the Western Cape. 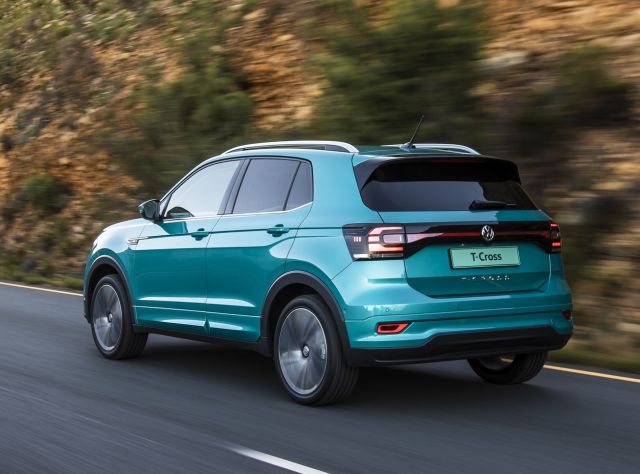 Because the Tiguan is a little older, the T-Cross has therefore taken much of its look from the newer Touareg, where it features a bold front grille with massive integrated headlights (LEDs are optional) and daytime running lights. A strong, sharp double shoulder line extends from the rear lights to the front fender, while the roof line is slightly slanted, giving the car a bit of a sporty look. Standard 16-inch wheels look neat, while some models can take up to 18-inch alloys.The rear LED lights bar runs across the width of the SUV. Brake lights make a C shape when applied, playing into the Cross name. 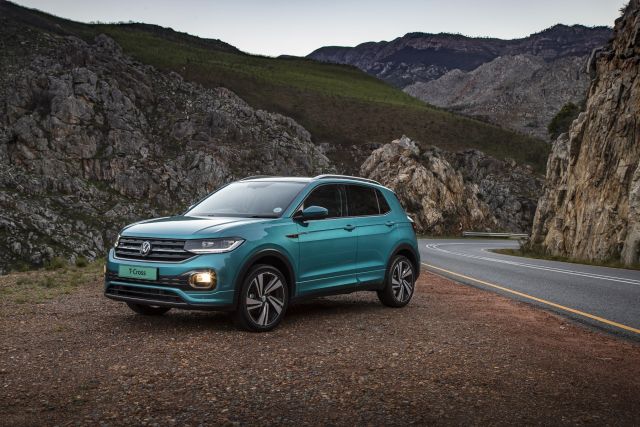 The T-Cross is some 4.2 metres long (about 20cm longer than the new Polo), stands 1.58m tall and has a wheelbase of 2.55m. That is exactly the same as the Polo,which means interior space – except headroom – is the same. The rear seats can be horizontally slid up to 14cm to either add legroom or luggage space, which is at least 377 litres big and up to 1 281 litres if those seats are folded flat. Occupants do sit about 10cm higher than in the Polo, giving them a higher view of general traffic and obstacles, as well as a better vantage point. 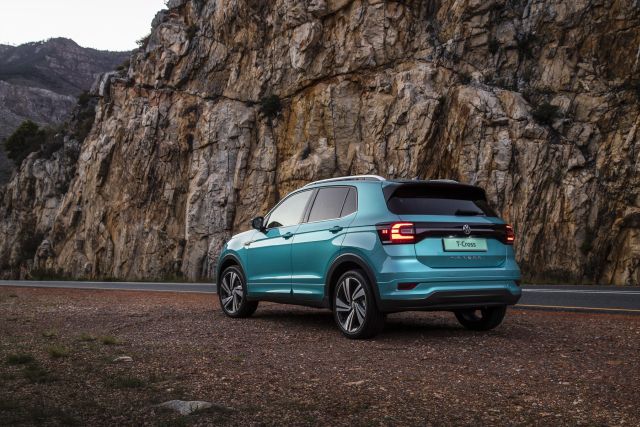 The basic interior appointment is clean, although some may lament the use of some rather basic build materials, especially on the dashboard and doors. Some trim levels – there are three, Comfortline, Highline and R-Line - can mitigate this by adding some colourful pieces in order to liven up the interior. After all, this car is mainly aimed at the young and the young-at-heart. We drove an Energetic Orange – one of 9 exterior colours – which added some really attractive and fresh orange linings. We therefore recommend this if possible. 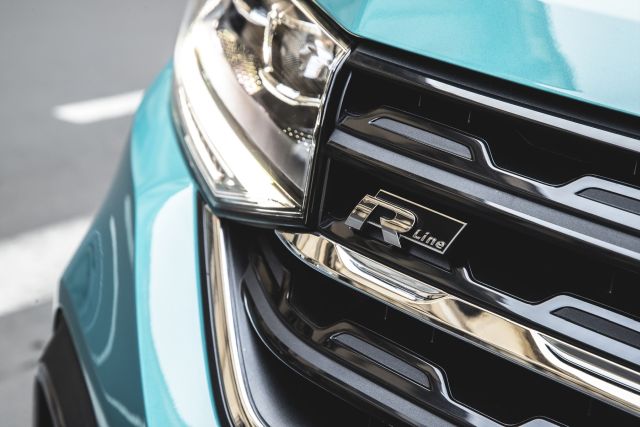 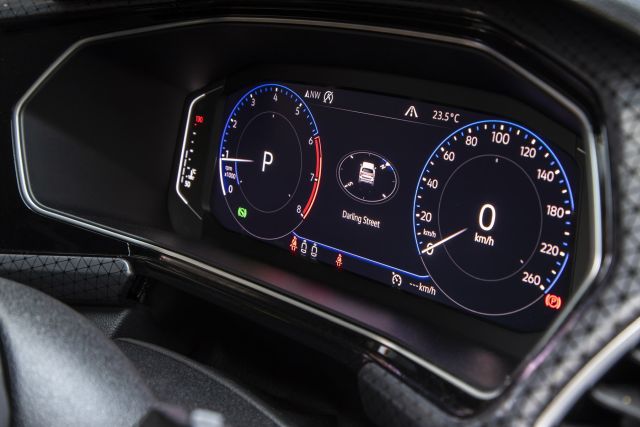 Some of the interior appointments include a new infotainment system with a 16.5cm colour touch screen, same as the one found in the Polo. It connects features like radio, satellite navigation where applicable, USB devices and vehicle information like fuel consumption and so on. Some models will also carry a wireless charging station for those smart phones fitted with such tech.The steering wheel is multifunctional with satellite controls for the infotainment system and cruise control applications. Beats has come into the T-Cross with an optional sound system. We tried it out and were suitably impressed by its 300 Watts of power and clarity. 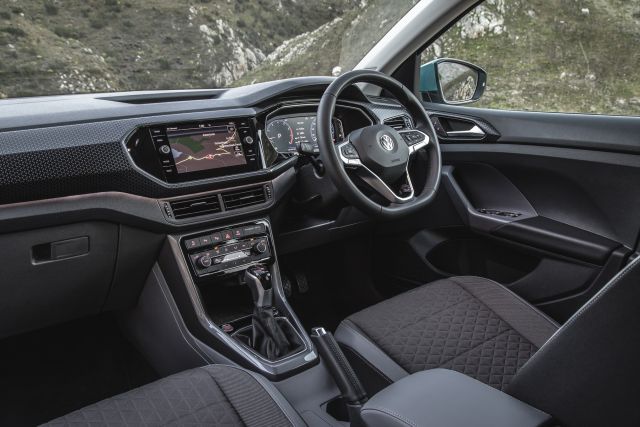 Two petrol engines will be offered with the T-Cross, with one available immediately and the other scheduled for early 2020. At baseline level is the 1.0-litre, 3-cylinder turbocharged engine producing 70kW. This model was not available for the launch drive. Instead we drove the 85kW, 200Nm model with a 7-speed DSG automatic gearbox, a claimed 10.2 second 0 – 100km/h sprint time, and stated average fuel consumption of 4.9 litres per 100km. The power figures should tell you this is not a performance car, but is instead focused on comfortable driving and low fuel usage. During our drive it delivered on both, although we cannot vouch for the official fuel consumption figure. 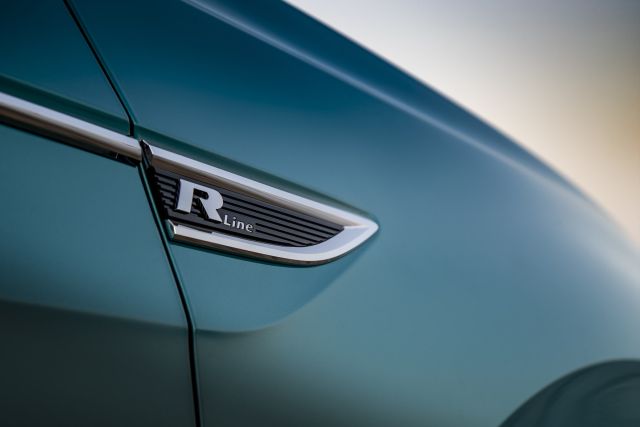 With the T-Cross, Volkswagen certainly has a winner in its hands as it joins the likes of Honda HR-V, Mazda CX-3, Renault Captur, Jeep Renegade and others in the segment. With a wide network of dealerships and a big marketing budget, the company is pushing on all cylinders to make the car a success. From a product point of view we reckon it will definitely sit at the head of the table.