< Back to results
Home / All Reviews / Volkswagen Golf GTI launched

Now on its eighth generation, the iconic Volkswagen Golf GTI has been launched in South Africa

By Thami Masemola on 07 Sep 2021
Now on its eighth generation, the iconic Volkswagen Golf GTI has been launched in South Africa. VW SA decided not to sell lesser models of this generation a while ago, a decision they are still sticking to. Therefore only the GTI and Golf R will be available to local buyers. Anyone seeking a less powerful, less expensive hatch will have to look elsewhere. But anyone wanting performance mixed with soul, look no further. 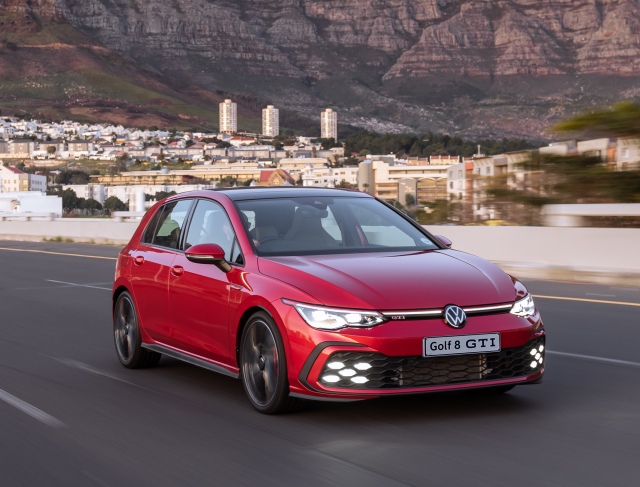 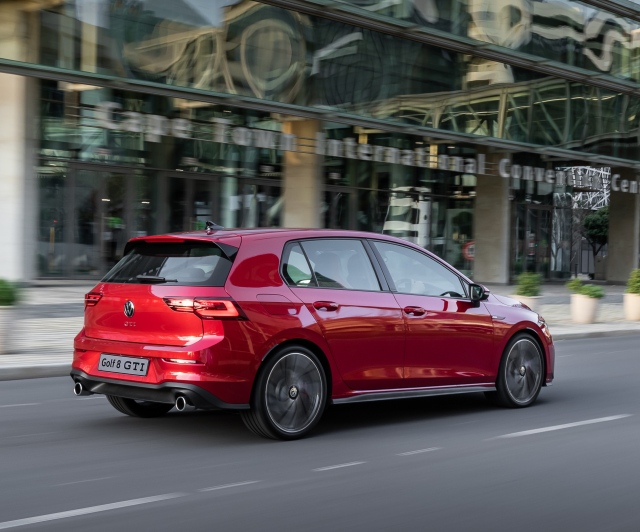 Of course over time the GTI has gained some weight in certain areas, making it the heaviest it has ever been. That is because of the added features that modern buyers demand, such as safety systems, infotainment tech and added performance. Say what you will about the GTI, one thing is for sure; it is instantly recognisable. While the new model has been updated, several features remain highlights. Such as the GTI moniker on the minimalist front grille, with its GTI signature red line across. Honeycomb elements appear on the lower end, punctuated by LED daytime running lights in an X shape. The words GTI can also be seen on the front side fenders as well as just under the VW badge at the rear end. 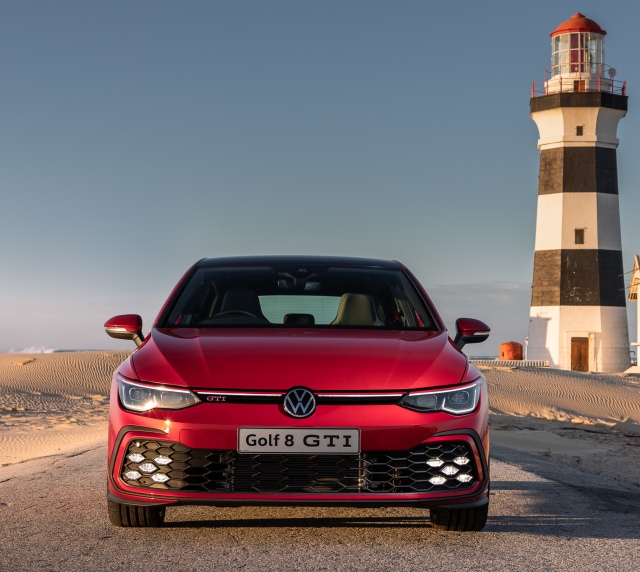 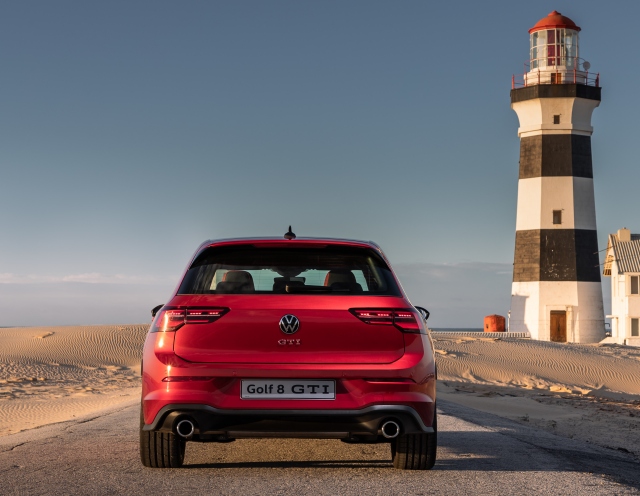 Optional sliding indicators – a favourite with Golf 7 GTI owners – can be specified too. Standard wheels are 18-inch types, but one can up the game with 19-inch ones. The Golf GTI will be sold here with three solid, four metallic and two pearlescent exterior colours to please most palates. My personal favourites are Moonstone Grey, Atlantic Blue and Kings Red. The Oryx White Pearl is a gem as well. And for those who cannot live without their panoramic sunroof, it is another optional extra. 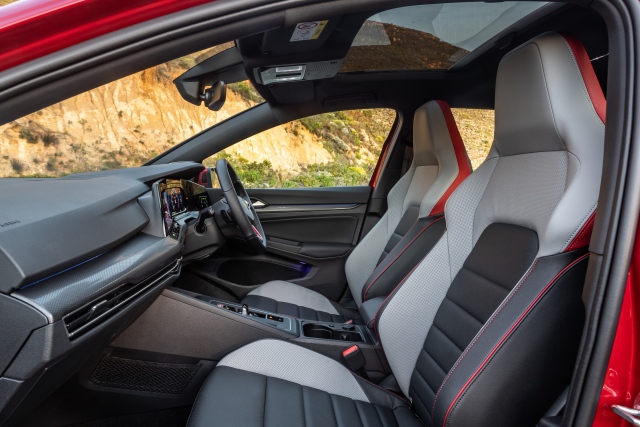 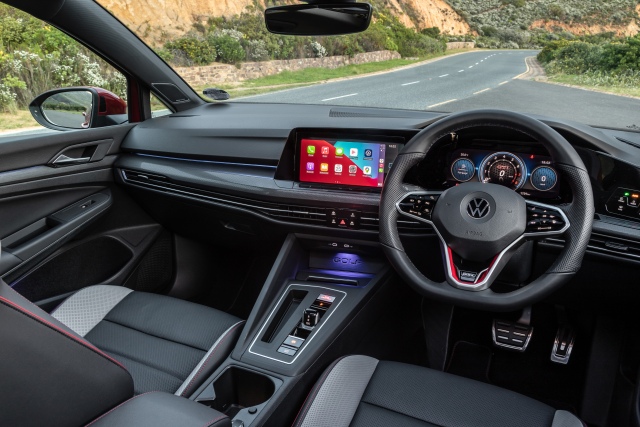 South Africans are not going to pay what is asked of a GTI buyer and not have a leather interior. But in Europe the chequered classic fabric look of GTI is the most popular. The new car has also done away with the manual option and is now standard with a DSG transmission. And instead of an actual gear lever they have installed a stubby little lever that connects drive-by-wire style with the wheels. Having parted ways with Dynaudio, Volkswagen has partnered with Harman Kardon for the GTI for a 480W, 12-channel amplifier and ten speakers. 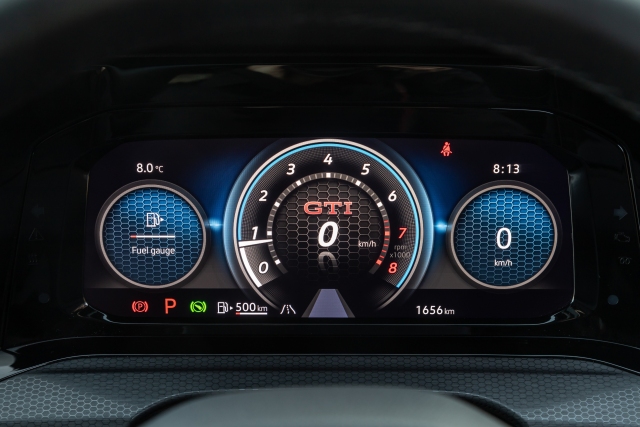 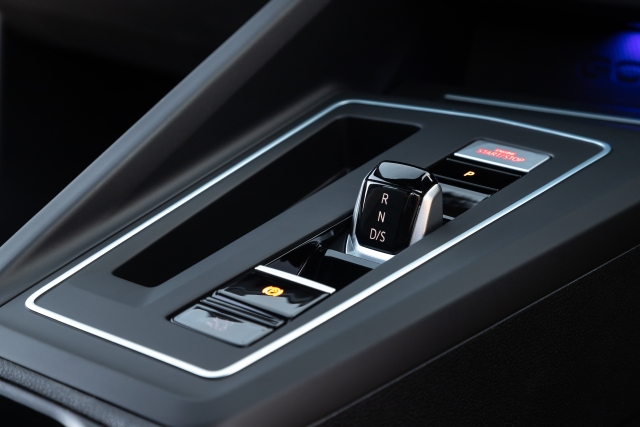 The new touch screen infotainment system is among the most advanced we have seen yet, but it does take some getting used to. Volkswagen has moved a lot of the previously visible knobs and buttons onto the screen, thus making the cabin cleaner but forcing the driver to spend more time with the screen than before. The new flat-bottomed, multifunction steering wheel feels good in the hands. Grippy, sturdy and sporty. Some of the buttons on it can be intrusive though, for those with bigger thumbs. 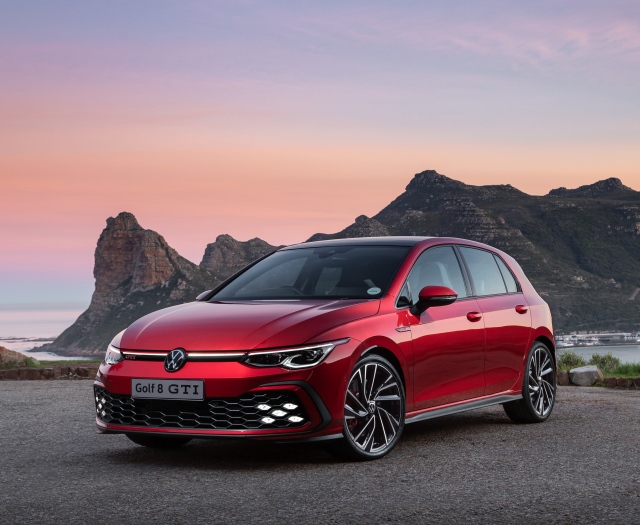 Volkswagen gifted the new GTI with a 2.0-litre turbocharged engine that is good for 180kW and 370Nm of torque for the front wheels. These are minor incremental changes to the previous car. However, this one does feel sprightly, more agile, despite its decidedly heavier demeanour. Exclusive transmission is the 7-speed DSG, meaning there will be no manual offered in this country. The company says it will dispatch the mandatory 0 – 100km/h sprint in 6.4 seconds, reaching a top speed of 250km/h. I can vouch for the latter. What I cannot vouch for is the exhaust tailpipe sound, which has been disappointingly muted this time around. No more snaps, no more crackles, no more pops. Vrrrrrr pha gone. 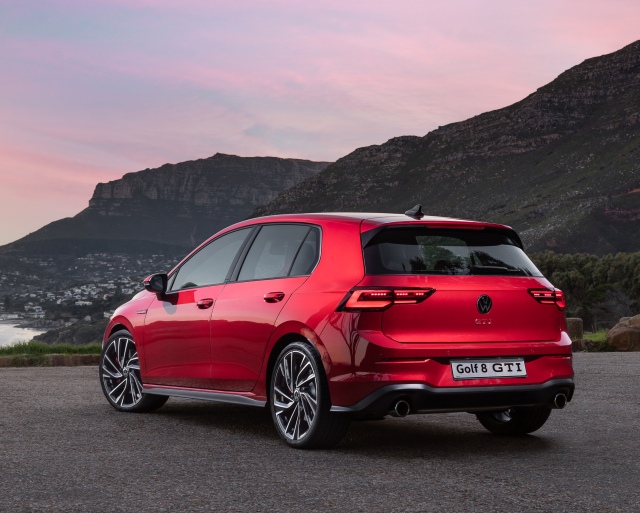 Anyways, what makes the GTI the leader of the family hot hatch brigade is that it does nothing exceptionally well, but balances all its talents into a cohesive package that a wide spectrum of drivers can exploit and enjoy. The GTI Mk8 is a very good example of this. 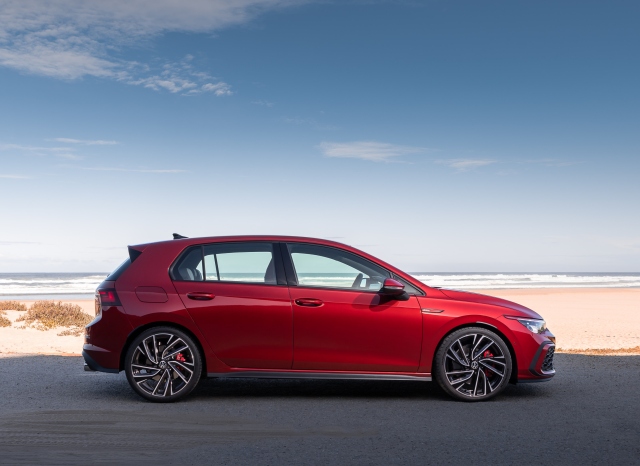