< Back to results
Home / All Reviews / Mercedes-Benz C200 drive

With over 10.5 million units sold since it was first introduced years ago, the C-Class is the most successful sedan in the Mercedes-Benz family. 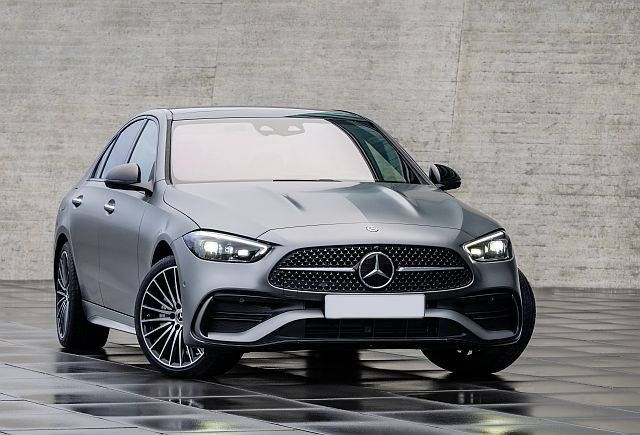 With over 10.5 million units sold globally since it was first introduced so many years ago, the C-Class is the most successful sedan in the Mercedes-Benz family. Ever. And so the company cannot afford to “mess up” what for the longest time, was the “baby Benz”. In many ways it still is, especially off the fact that it always seems to take its looks from the much bigger S-Class, to the exclusion of the middle child E-Class and baby A-Class sedan to a certain extent. I drove the new C200 sedan to find out what the fuss is all about. As one of the cars that are manufactured here in South Africa – specifically in East London, Eastern Cape – the C200 cannot let its customers down. Mercedes-Benz has a marketing tagline for the car and it goes: Discover a new kind of Comfort. I will be talking about this later. First, let’s go outside. 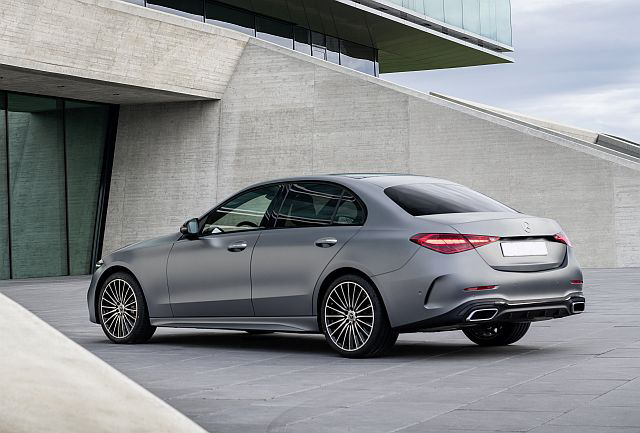 Mercedes-Benz has decided to ditch the sharp, convex and concave lines it has been using on its cars in recent times, in favour of more smoothness. The C-Class is starting to follow that trend, and it is carried through in the new S-Class as well as the EQ full-electric lines. The front grille is more upside down, showing something of a sad face. It’s not as large as some of competitors in the game. Full LED lights are standard in the car, and so are LED daytime running lights that flank them in a hook shape. 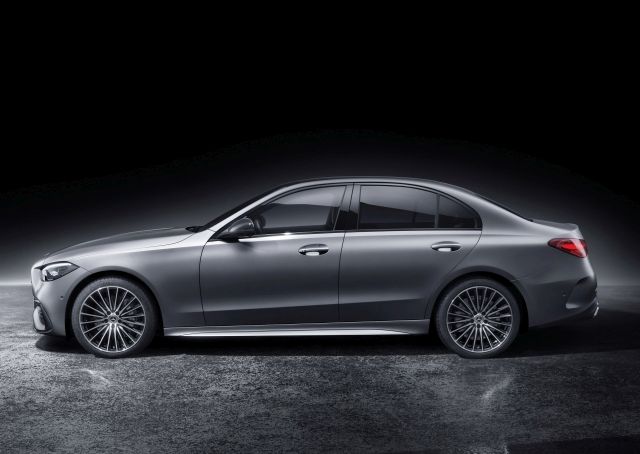 We do see some sharpness on the bonnet, as well as a strong shoulder line going from the front right up to the rear LED lights. Our unit came with the optional 19-inch AMG light alloy wheels. The rear end sees those lights wrapped around from the sides, and two exhaust tailpipes in chrome. Overall there is exceptional smoothness in the shape. 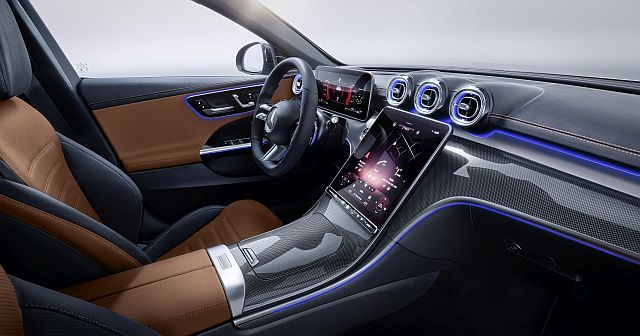 Comfort being a big deal with the C200, the interior is decked out in premium materials, even though the leather is not real. They call it Artico man-made leather and that is not a bad thing if you are not keen on real cattle leather. And it is comfortable in those heated sports seats. Seat adjusters are electric, placed on the sides of the doors as per Mercedes-Benz usual spec. Materials used seem to mix originals with man-made in all areas, but it works fine. 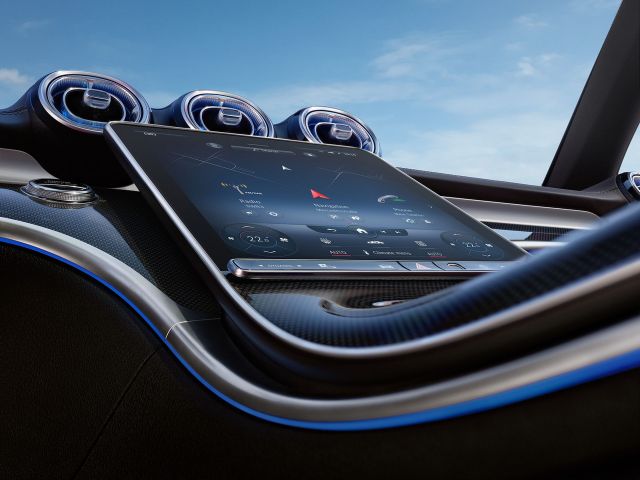 What stands out like a sore thumb is that large high-res touch screen which appears to float or to be removable from the dash, which can be up to 31.3cm in width. It is the epicentre of everything, and the MBUX digital system runs through it. That means climate control, satellite navigation with live maps, the Mercedes Me system, radio, audio, safety monitoring, Apple Carplay, Android Auto and so on and so forth. Too many to list here. All worked well, except I couldn’t figure out how to make the satellite navigation lady speak.

The C200 is powered by a compact 1.5-litre turbocharged petrol engine that delivers some 150kW and 300Nm at its maximum. Lag is felt in the early stages of take-off, but is overcome as the car moves into the 40 to 50km/h zone. The 9G-Tronic 9-speed transmission really is smooth and seamlessly changes into and out of gears. Mercedes-Benz chose to use the old stalk behind the multifunction steering wheel method for the gear shift, probably to free up centre console space. The 0–100km/h sprint time is just under 8 seconds, while top speed is limited to 246km/h. Not that I tested that aspect at all. Most impressive though, was the fuel consumption. As a petrol making 150kW one would expect this engine to be thirsty. It is not. I returned 750km from a full tank driving freeway, urban, township and some gravel.

Mercedes-Benz fitted the C200 with plenty of safety features, such as a 360-degree camera system, wireless smart phone charging, adaptive headlights, Active Assist, and others. The C200 is plenty comfortable, and on that front they got it spot on. I did find the suspension a bit too low though, resulting in several undercarriage scrapes over speed humps. It may have been the combination of that 2.8 metre long wheelbase with a lower suspension. Overall a classy modern sedan with pretty much everything one looking in this market of car would find useful. Soft. Very soft.