Mahindra’s entry into the South African market almost two decades ago is beginning to pay off.

By Thami Masemola on 29 Nov 2021
Mahindra’s entry into the South African market almost two decades ago is beginning to pay off. The company is just one place short of a regular top 10 finish in the monthly best-seller list. They have also officially launched their farm implement business. With this limited edition Pik Up Karoo Dusk model, Mahindra is saying “look at us, we can also be stylish”. 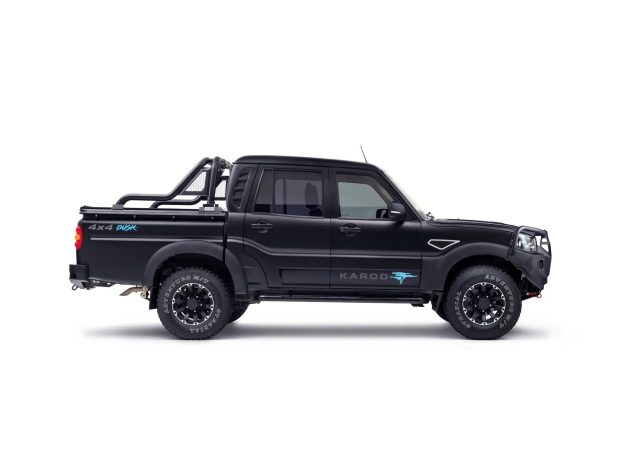 So while the vehicle is as rugged as they come, it also boasts a number of standout features. Firstly, it is based on the successful Pik Up Karoo that has been on sale in SA for two odd years now. It is powered by the company 2.2-litre turbo diesel making 103kW and 320Nm of torque, sending power and torque to all four wheels via a 6-speed automatic transmission. 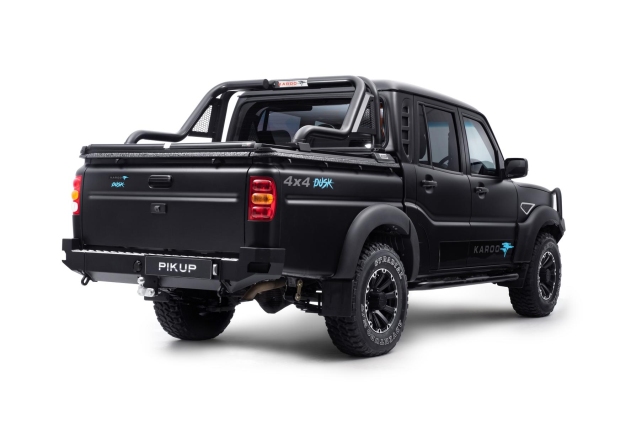 Thereafter it is the most obvious differentiator, which is the matt black skin. It truly stands out from afar and gives the vehicle a look unlike any other in the market. Then it adds some special dark blue hue for the “Dusk” decals on the sides and the rear, as well as the acacia tree logo. Mahindra fitted 16-inch alloy wheels with matching special mud terrain grabbers. They retained the styling bar, side-mounted steels steps, roller shutter door on the load bay and fenders from the normal Karoo, but matched to the matt black skin. 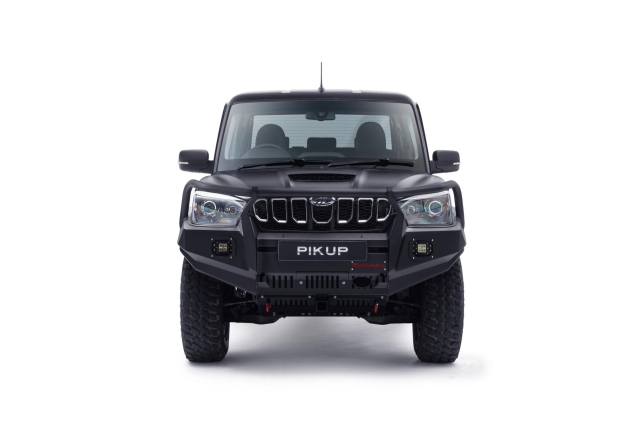 Machined front steel bumpers are the stuff of true off-roaders, not only giving the vehicle an aggressive look, but also an advantage with the raised approach angle. The rear bumper doubles as a heavy-duty step and is trimmed with non-slip diamond plate. It has mounting points for a high-lift jack, extra heavy-duty recovery loops and a tow bar with flush-mounted electric connection as standard. 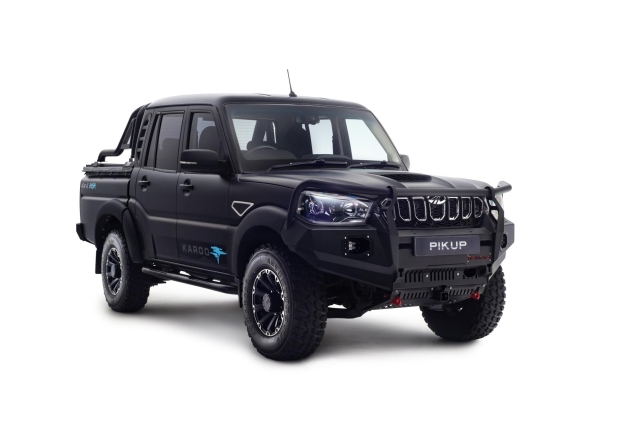 Some of the interior features found in the Karoo Dusk include a touch screen infotainment system with a reversing camera, Bluetooth connectivity, cruise control, climate control, a multifunction steering wheel, electric windows as well as Android Auto and Apple Carplay among others. The cabin is easy enough to navigate, although it is Pik Up Spartan in most areas, especially where the fingers touch. Seats are cloth, which some may see as a negative.

The Karoo Dusk drives in a similar fashion to the normal Karoo that it is based on. Yes it is quite agricultural, and those grabbers don’t help on normal roads, although they are quite excellent off-road. The powertrain is strong, belies its stated figures and average fuel consumption hovers around 9.3 litres per 100km. It could do with an improved central door lock mechanism and better left foot rest.