< Back to results
Home / All Reviews / Ford Kuga Range

In the highly competitive mid-sized family SUV segment, the name Ford Kuga is well-known. It may not yet conjure positive images, no thanks to the tr

In the highly competitive mid-sized family SUV segment, the name Ford Kuga is well-known. It may not yet conjure positive images, no thanks to the tragedy of a few years ago, but the company is still betting on its name. Rightfully so, because the public are still buying it. Over the past few months sales have averaged over 50 units per month. In this article we take a closer look at the ST Line and diesel models. 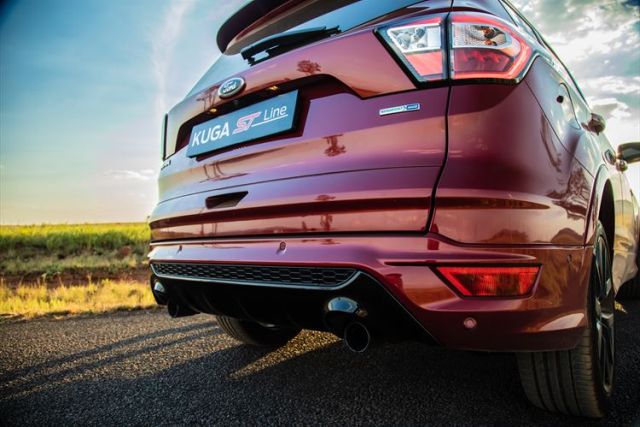 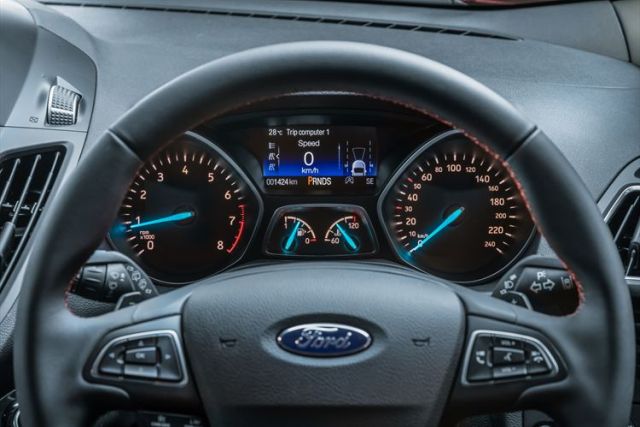 The new 1.5-litre TDCi turbo diesel is an entry-level diesel model that aims to meet some extra volume where buyers are not necessarily looking for a lot of power, but are keen on saving fuel. It produces 88kW of power and 270Nm of torque, figures that will not frighten even a warm hatchback. Both are transmitted only to the front wheels (no all-wheel-drive) via a 6-speed manual gearbox. During our week-long test the car returned an average of 6.6 litres per 100km, which is really the point. 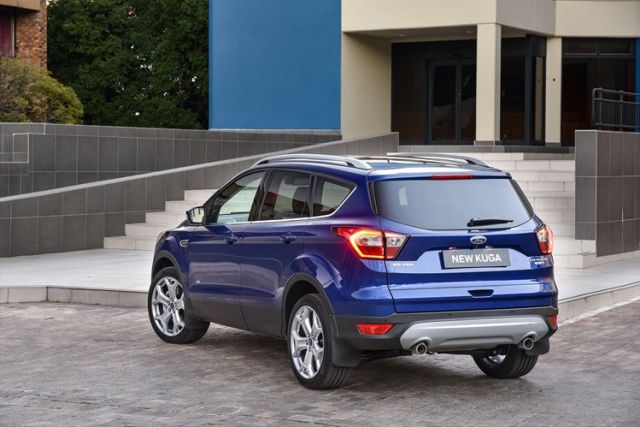 While the ST Line is not a full-on ST (there is no Kuga ST), it does fulfil a desire for Kuga buyers who want that extra performance from their SUV. As such, Ford has installed a 2.0-litre EcoBoost turbo engine producing 177kW and 340Nm of torque, both of which are class-leading. It sends them to all four wheels using the company all-wheel-drive (AWD) system and a 6-speed automatic gearbox.

The rest of the diesel car is updated Kuga as it was launched in November 2018, which includes features such as SYNC 3 infotainment system with a touch screen that accesses information like satellite navigation, Bluetooth cell phone pairing, radio, two USB ports and trip information like average fuel consumption, etc. Most of this info also appears on the screen behind the steering wheel, so the driver does not have to fidget too much with the large touch screen. 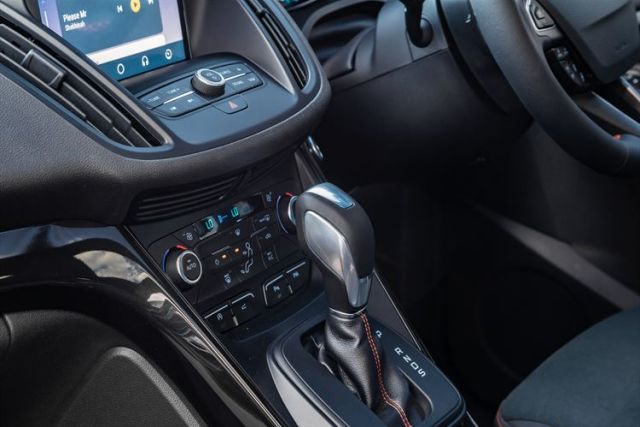 Where the two vehicles differ is in trim. The diesel comes with full leather seats,the driver of which can be adjusted electrically. The rear seats can be adjusted for better back support, or folded flat for extra luggage space. One of the most useful features the Kuga has is the two-pin plug situated behind the transmission tunnel at the back. You can now plug your two-pin heads in there while in motion, thus negating the need for special adapters if you have none. That means even some laptops can be charged right inside the car.Some of the differentiation offered by the ST Line include a different, sportier exterior and interior. The front grille for example, is finished in black. So are the standard 18-inch wheels (19-inch optional) and rear diffuser, which flank two large exhaust tailpipes. Extensive colour coding for the integrated body kit incorporates the front skid plate, side skirts, mirrors, door handles, rear roof spoiler and wheel arches.


The interior also stands out, with sports seats trimmed in partial leather and contrasting stitching, alloy foot pedals and ST-Line logos splashed across several interior spaces. One does feel like they are sitting inside a performance SUV. 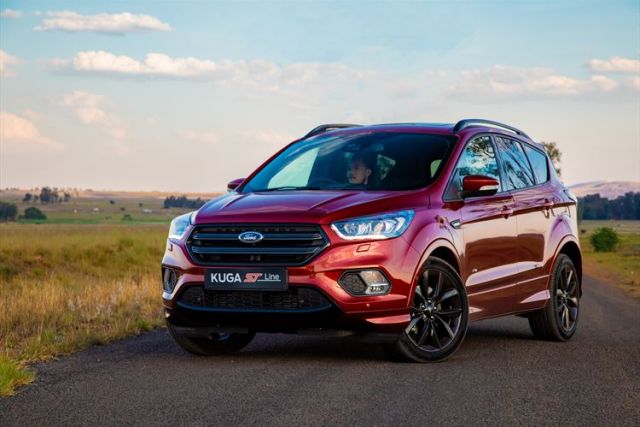