< Back to results
Home / All Reviews / BMW IX XDRIVE50 TEST

BMW has been a leading force in the production and selling of electric cars, ever since the arrival of the i3 back in 2013.

By Thami Masemola on 20 Apr 2022
The i3 back in 2013. The i3, novel and innovative as it was, disappointed many on the range stakes, managing only around 160km in real life conditions. The new iX however, has rectified those glitches, thanks to fresher technologies. 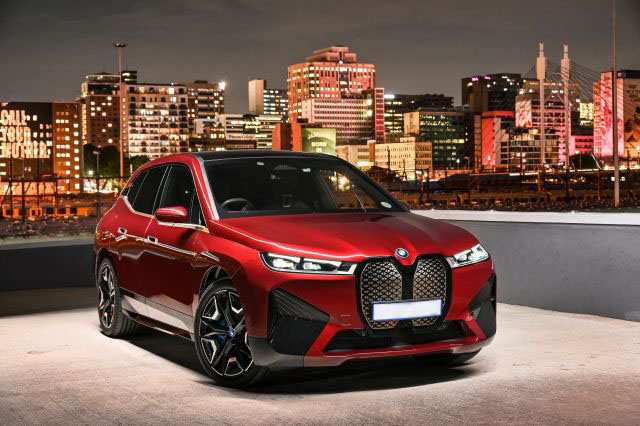 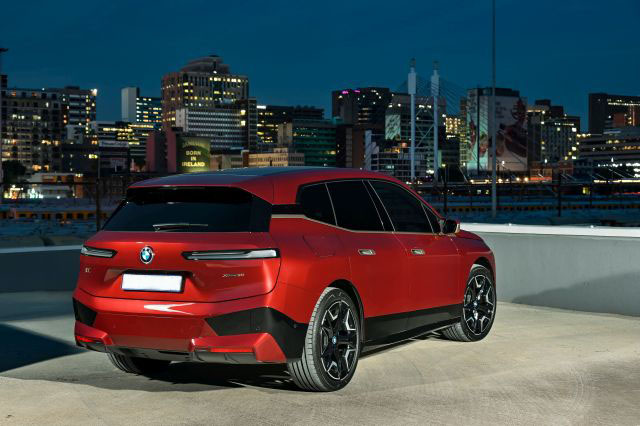 Off the bat, I would like to say that I do like the look of the iX and I know that could be an unpopular opinion, especially with the front end design. BMW has kept the new kidney grille design we first saw in the 4 Series range, which is vertical instead of horizontal in the way we have been used to since the early 1980s. We do tend to forget that before those days, the double kidney grille layout was actually vertical, so in a way BMW has come full circle on that front. 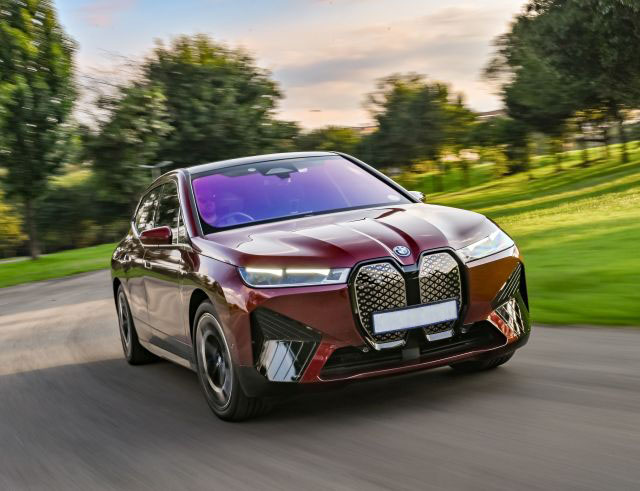 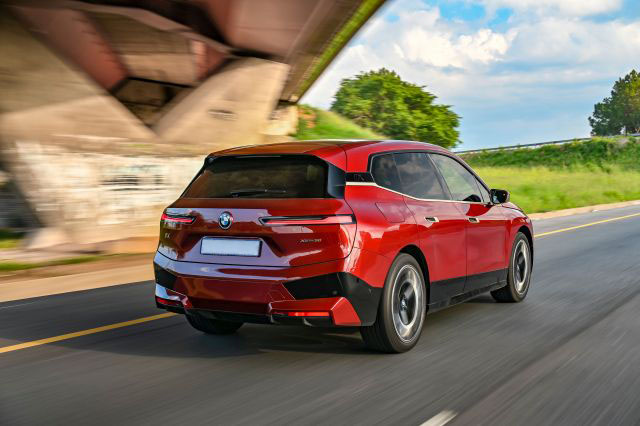 The side profile looks more MPV than SUV actually. However, BMW is selling the car as an SUV. The split roof layout goes from the A to the C-pillar, but the traditional BMW “Hoffmeister kink” is absent in this case. Door handles are hidden inside and the iX takes a two-tone colour scheme in some areas. This being an electric car means there are no exhaust tailpipes, and the rear LED lights are very thin and sharp. Lots of stuff going on in terms of the iX design; it’s really one of those cars that keep showing new dimensions each time you look at it. Although it did attract a lot of attention and eyes during my time, some of that attention was not necessarily positive, just on looks alone. 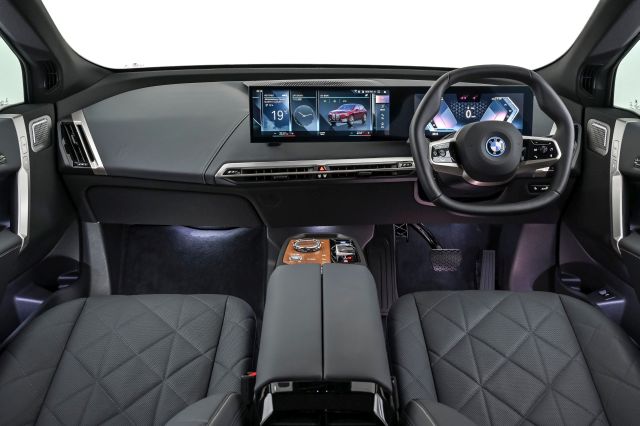 Inside the iX looks quite futuristic if ever there was such a term. Two large HD screens dominate the dashboard area; one being the infotainment system and the other the fully-digital instrument panel behind the hexagonal, multifunctional steering wheel. The center console consists of a glass iDrive controller, and a transmission controller. Door handles are opened by thumb push, which takes some getting used to. Overall a clean interior design. 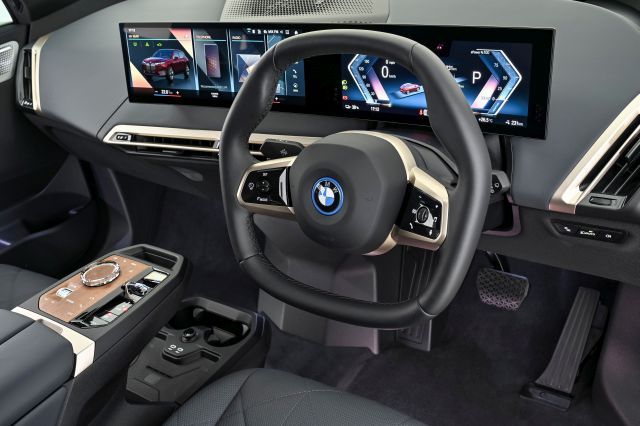 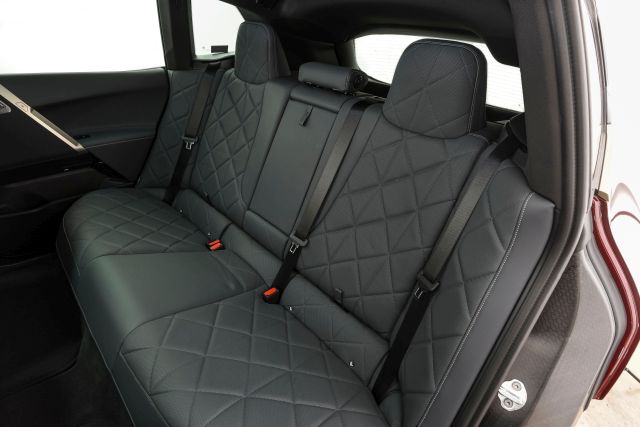 Where the iX is totally undisputed is in the powertrain. The xDrive50 model has two electric motors on each axle, producing 200kW/352Nm, and 250kW/400Nm respectively. Total system output is 385kW and 765Nm, attached to an 111.5kWh battery sitting beneath the floor. All of these big number make for big acceleration, as the iX xDrive50 takes just 4.6 seconds to reach 100km/h from standstill. BMW has limited top speed to “only” 200km/h, which is more than enough on South Africa’s freeways. Access to power is instantaneous, and braking energy regeneration ensures that the brake pedal is used minimally (letting go of the accelerator automatically generates some braking force). Quick off the mark and relentless in its pursuit of that 200km/h top end, the iX defies its size in performance. 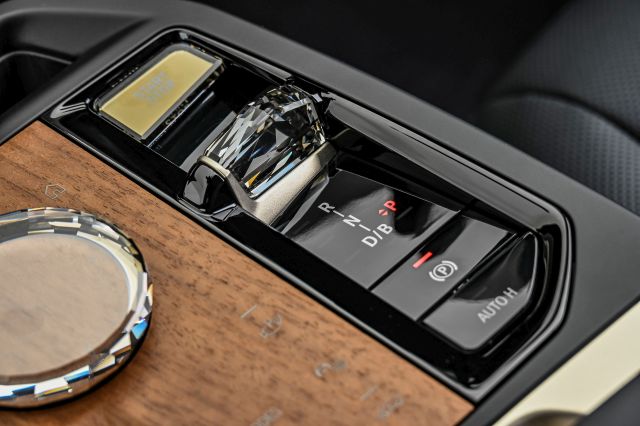 But what you are really interested in is the range, right? Good news is that the iX xDrive50 will drive for over 600km at a time using a single charge. That is enough for the Johannesburg to Durban trip. There is a growing number of publically-available fast chargers at certain malls, airports and other public spaces. Some BMW dealerships also have their own chargers. Fast, powerful chargers will need about two hours to “fill up” this car from 0% range, which would never happen if you charge at home overnight, every night while parked. Home chargers are notoriously slow, needing over 10 hours to refill. But they are good for “topping up” if say you are at 80% full or so. Lesson? Top up every night. It does not cost much at all.

Yes the BMW iX xDrive50 is an expensive car to buy. And it is polarising when it comes to looks, something BMW in general, has become known for over the past two decades now. Yet, as an electric vehicle (EV), it outperforms many of its petrol and diesel-powered peers with muscular performance, a large, hi-tech interior and reasonably-priced maintenance.