The Audi A7 Sportback first launched in Mzansi in March 2011 as the brand’s premium 4-door coupe. Since then it has been seen on the roads in several

By Thami Masemola on 21 Oct 2020
The Audi A7 Sportback first launched in Mzansi in March 2011 as the brand’s premium 4-door coupe. Since then it has been seen on the roads in several guises, including the stonking RS 7 Sportback. Now Audi South Africa has launched the brand new shape A7 Sportback and made it even more standout than before.
Mind you, as suave as the car is, it’s still not everyone’s cuppa, regardless of affordability. There remains a bit of awkwardness in its rear end design which some cannot get over. But there is the nature of big coupes, because designers cannot wish away those two extra rear doors. Audi’s large single frame front grille dominates the face of the A7 Sportback, flanked by thin headlights which come in HD Matrix LED as standard and air inlets. 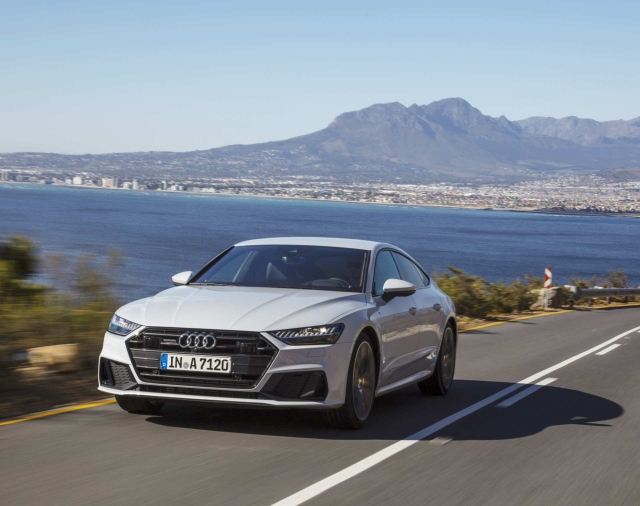 The side profile shows a typical Sportback shape, which slopes immediately after peaking around the B-pillar, all the way down to the boot. Audi has installed 21-inch wheels in the A7 Sportback, which look like they fill up the wheel arches quite nicely. As you can imagine, this is a large vehicle, spanning 4.97 metres in length, 1.9m wide, 1.4m tall and with a generous wheelbase of 2.9m. Luggage space is some 535 litres standard, but can be increased to a maximum of 1 390 litres with the rear seats folded down. 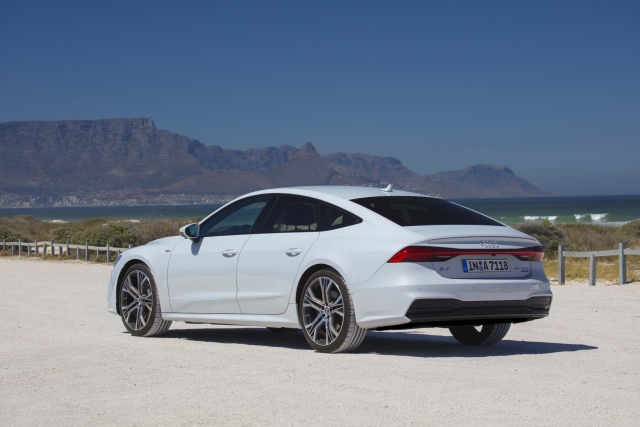 The design is relatively clean, with a prominent shoulder line going through from front to back, and above it two shorter ones. Below is a steep one that transcends the two doors. Volkswagen Group’s single lights bar at the rear makes its way into this car as well, and goes into a ribbon-like shape. Interestingly they have now completely done away with the faux exhaust tailpipes we see in Audi other models. Buyers can choose from a long palate of 15 exterior paint colours, 8 of which are new.
Inside the A7 Sportback is plush as expected, with soft materials complimenting the hard ones well. They all include metal alloys and leather. As in the Q8 that launched here in Mzansi in 2019, the A7 Sportback features all the latest gadgetry one can find in the Audi stable, including but by no means limited to the MMI infotainment system with a 25.7cm touch screen with haptic feedback, a 31.2cm Audi Virtual Cockpit display behind the multi-function steering wheel, a Bang & Olufsen Premium Sound System with 3D sound, 360-degree camera views, Apple CarPlay, Android Auto and many others. Keep in mind that some of these features may be optional. Our test unit had them fitted though. 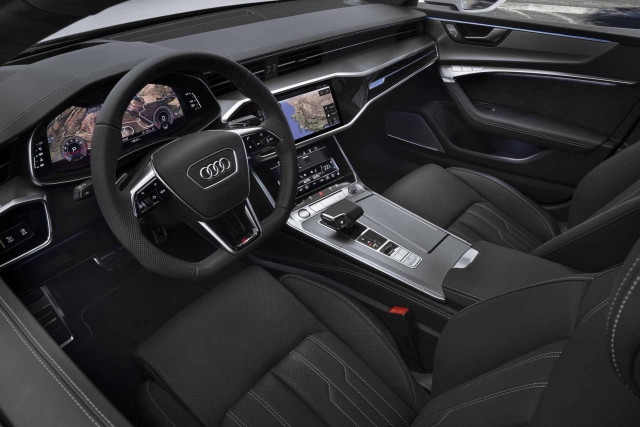 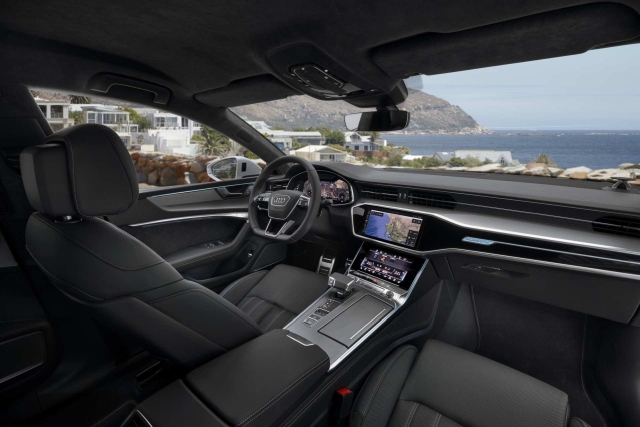 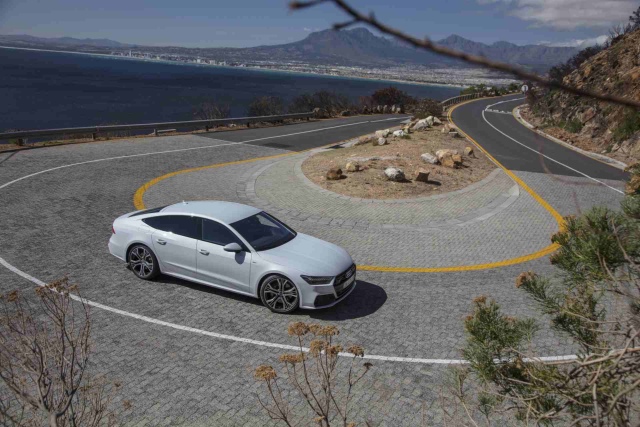 The car drives very well, under different conditions. In cruise mode there is a quiet cabin to enjoy, perhaps some music or the radio if you prefer. A little bit of the V6 hum protrudes slightly into the ambiance, but does not alarm. Not until the car is in Sport mode does it pull out its fangs and hardens up in the right places. While this is not the performance model, it certainly shares some strong feelings towards being one. With its 7-speed auto S Tronic transmission and quattro all-wheel-drive in tow, the A7 Sportback offers plenty of grip when needed.

The new A7 Sportback is a real improvement on the previous-generation car, even though some may not be able to tell the pair apart from a first glance. A real option for the executive who is not quite ready to give up on style and mild performance just yet, even as they have grown up a bit.