By Thami Masemola on 23 Nov 2021
The all-new Isuzu mu-X large family SUV has touched down in the country to give buyers more of a choice in a very small but significant market segment. This new mu-X aims to unseat at least one of the main rivals from its perch and become the preferred choice. Certainly it has the looks to achieve it, but what about the rest of the package? 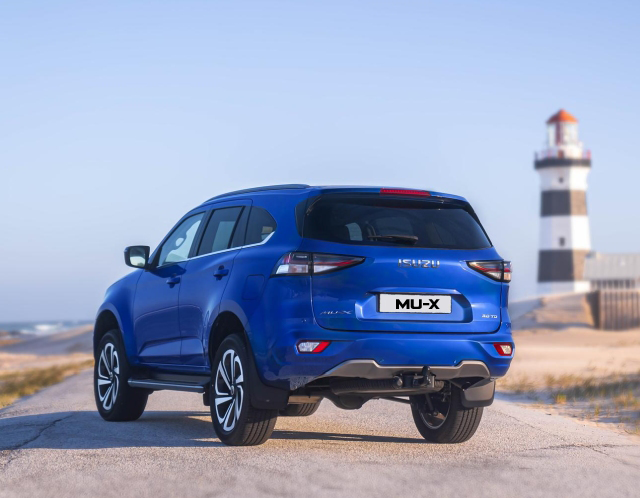 Let’s start here though. The Isuzu brand has been in South Africa since 1964 when the company began assembling trucks in the area now known as Gqeberha. Later in 1978 the first Isuzu KB bakkies rolled off the assembly line, marking a long and rich history of these vehicles here. Today Isuzu trucks are still built in that area, the KB has been renamed the D-MAX and is also produced there. It is probably why the company slogan is “With you for the long haul”. 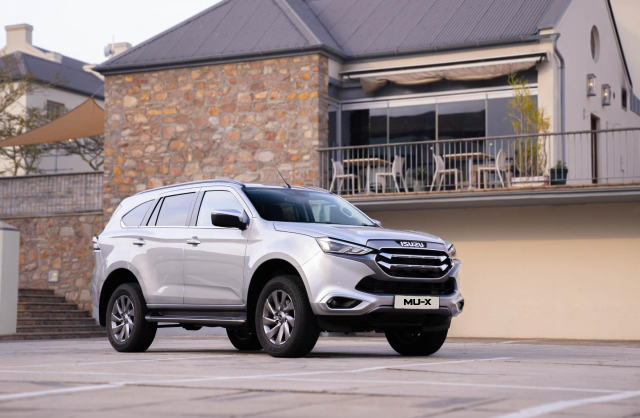 While the all-new D-MAX is only expected to go on sale locally in early 2022 – following an investment of R1.2 billion, the mu-X is ready to get driven off showroom floors. Coming standard with one engine and transmission choice for the moment, it will give potential buyers some moment of pause when it is time to make a decision in the segment. Measuring some 4.85 metres in length, 1.8m tall, 1.87m wide and with a wheelbase of 2.9m, the mu-X is no compact SUV by any standard of measurement. Add to that is the standard 7-seat configuration that gives the option of a third row of seats for those who tend to transport more than the average number of passengers in their SUVs. Leather covers are optional for the “lesser” models. 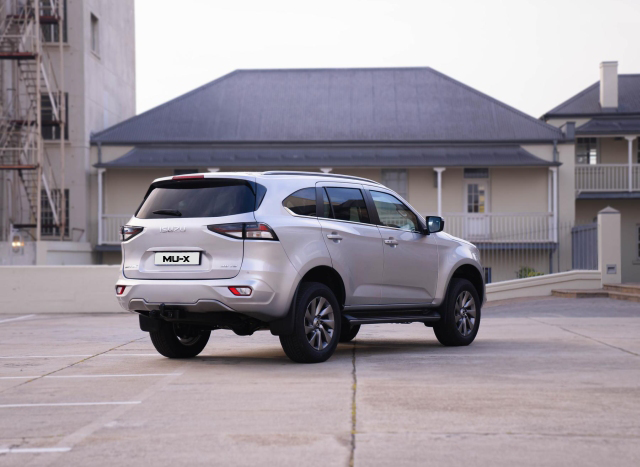 Styling is quite noticeable in its modernity, and yes, while the mu-X silhouette is unmistakable, changes can be recognised clearly from its predecessor. They include the new front grille with a handful of blade-like slats, flanked by the lights cluster with bi-LED and LED technology. Foglamps line up at the bottom of the grille. The vehicle’s side profile has a fastback feel to it, accentuated by a strong centre line and wheels ranging from 17 to 20-inches in diameter, depending on the model chosen. There are three such model trims, namely LS, LSE, and Onyx. Visually from the exterior they differ immediately through the size and design of their wheels. At the rear we see a sophisticated, yet simplistic and compact lights cluster that leaves much empty space. Isuzu has added an electric-operation for the tailgate, which can be activated using the key, a knob on the dash or a button on the tailgate itself. 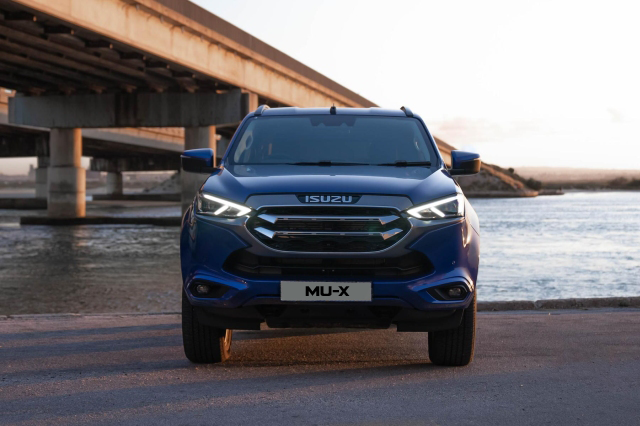 Inside Isuzu has done a commendable job in improving tactile quality by using what appears to be durable, yet softer touch materials. This enhances interior occupant comfort and gives the mu-X a welcoming and comfortable feel. Features are plenty, not limited to items like touch screen (17.8cm or 22.9cm) infotainment with Apple Carplay and Android Auto, air conditioning, over 6 cup holders, leather covered multifunction steering wheel, an electromagnetic handbrake, multiple USB ports, a two-pin plug as an option, adjustable second row of seats and others. Isuzu has deferred the satellite navigation to mobile devices, which are said to be quicker to update and more accurate than in-car based systems. 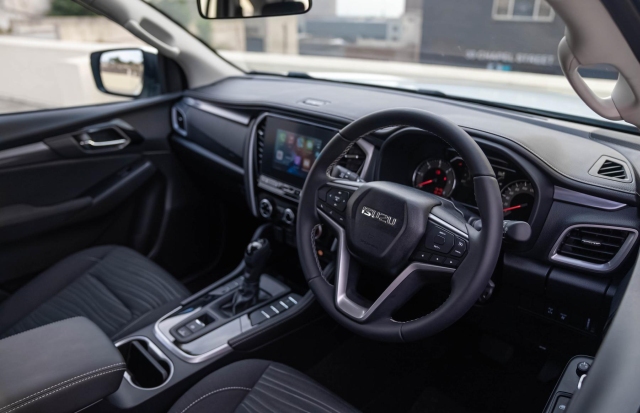 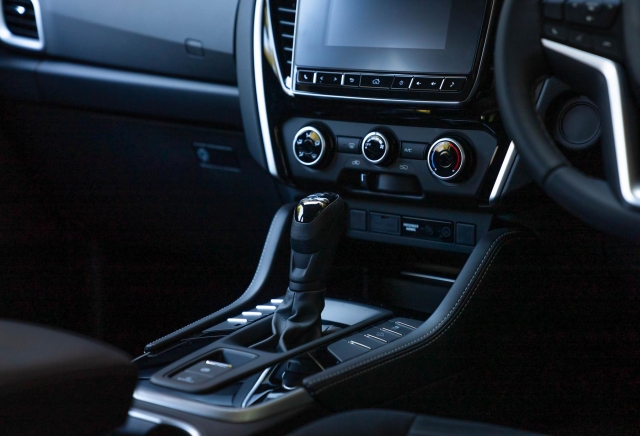 With only one engine choice, Isuzu is taking quite a gamble in a market where at least two or three powertrains are offered by the competition. Perhaps at a later stage? Regardless, the updated 3.0-litre turbo diesel now produces a competitive 140kW at 3 600rpm, and 450Nm of torque between 1 600 and 2 600rpm. Paired to it is a 6-speed automatic transmission, as well as a standard rear differential for both 4x2 and 4x4 models. Wading depth – for those who plan on taking their vehicles in the deep bundu – is an impressive 800mm, while the approach and departure angles are 30 and 26-degrees each respectively. Towing capacity is up to 3 500kg braked and the diesel tank is rated at 80 litres. With all these figures taken into account, Isuzu reckons the new mu-X is capable of returning an average of 7.6 litres per 100km in fuel consumption. 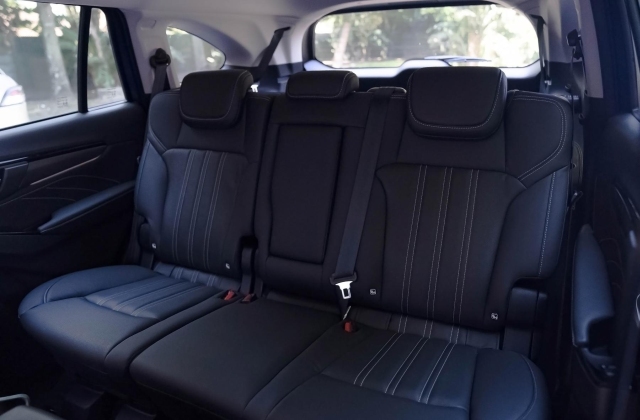 How is the drive then? The stiffer body, multilink coil rear suspension and independent high ride coil front suspension have combined to improve the car’s handling through corners and curves, giving the driver better driving assurance than the predecessor. Of course this is still body on ladder frame, so it is not going to handle like a sports car. Under normal cruising conditions it is comfortable, and takes on uneven roads easily. The increased torque is felt throughout the drive range, giving the car a noticeably wider driveability band. 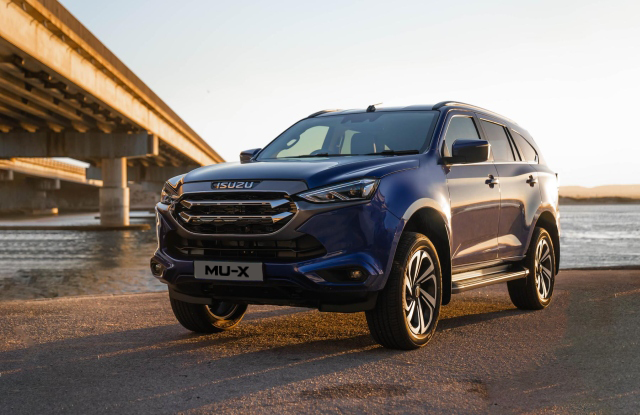 Safety is a big deal and the mu-X comes with an array of safety features, some standard across the range. Standard features include a rear reversing camera, ABS with EBD, Hill Start Assist, Hill Descent Control, Cruise Control, 8 airbags, rear parking distance sensors, and ESC among others. For the higher-end models a system called IDAS, which is a safety package that includes Lane Keeping Assist, Adaptive Cruise Control, Driver Monitoring and others. 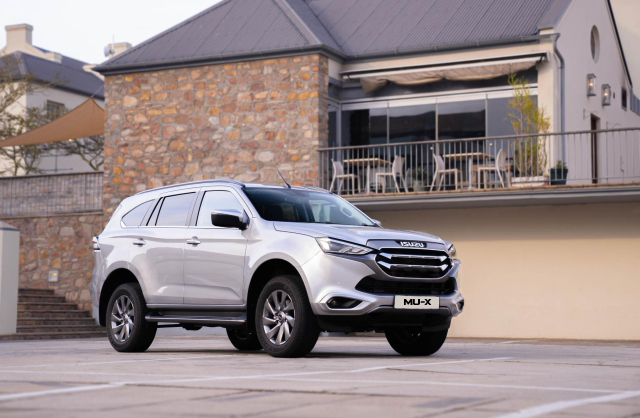 Isuzu has certainly improved its offer in this growing segment of the market, especially compared to the old Chevrolet Trailblazer and the outgoing mu-X.