The Toyota Corolla is one of the world’s best and longest-selling nameplates, ever since it first went into production in 1966. Since then, over 45 mi

The Toyota Corolla is one of the world’s best and longest-selling nameplates, ever since it first went into production in 1966. Since then, over 45 million units have been sold globally. It is also one of South Africa’s favourite cars and has consistently appeared in the top 10 best-seller list in this country. Over 1 million units have been sold here over the years. Now a brand new model has been launched and it aims to up the ante even more. 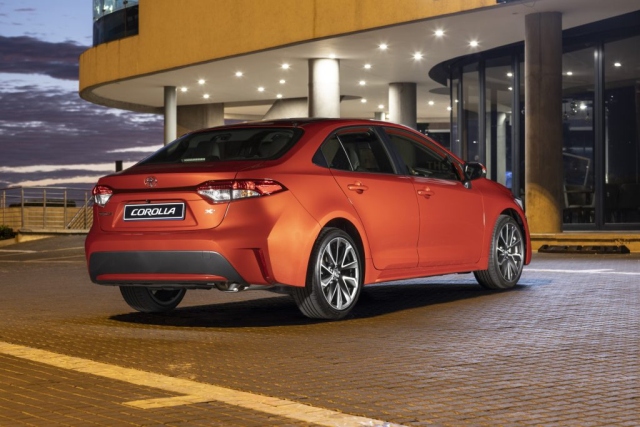 With the Corolla brand now spread into three spheres; Corolla hatch, Corolla Quest and Corolla sedan, the new Corolla sedan comes into a family with a good laid-out carpet already. Toyota has used the new TNGA (GA-C) platform to build the car on, which is a good thing because the highly-rated Corolla hatch also uses the same. In addition to improving the car’s handling, safety and design aspects, the platform is also highly flexible.

Visually we see the new Corolla sedan – which is being offered here in XS and XR trims – taking most of its cues from the Corolla hatch. Of course the pair differ in one major way, which is the rear end where the sedan keeps its traditional boot element. Up front the new wide, split grille is applied alongside new hammer-shaped LED headlights. The lower end of that grille is the largest. Apart from the shoulder line which stretches from the front fender to the boot, the side profile is without much drama. The baseline XS models come standard with 16-inch alloy wheels, while the XR brings 18-inch alloys with them. 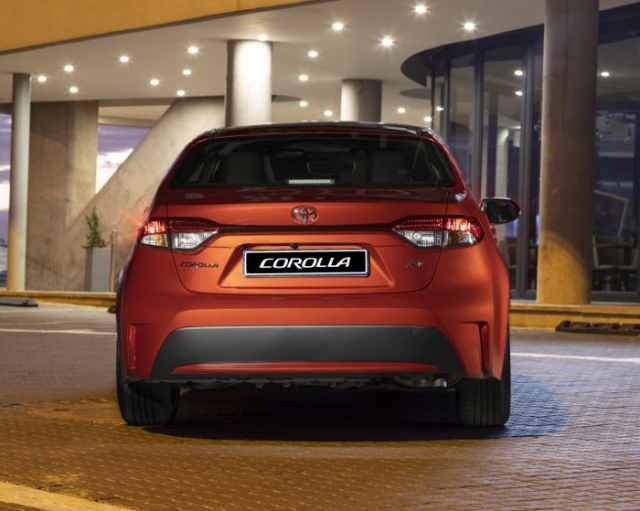 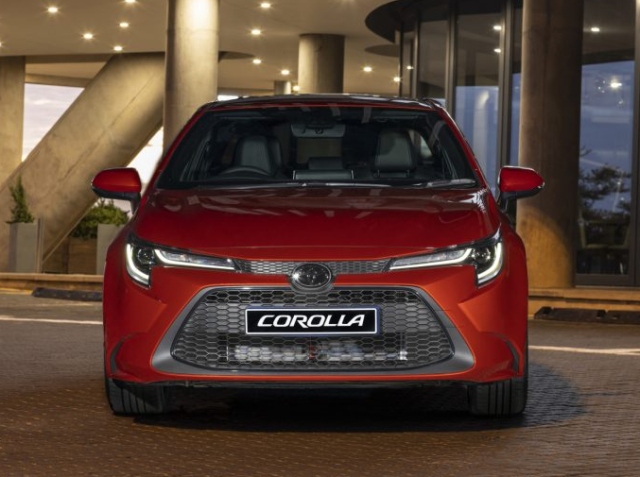 A clean design philosophy is applied to the rear end where LED lights feature, as well as some clear covering. The roof also takes a brake light while the rear bumper is paired with some black protective wear. Toyota has given potential buyers the choice of 8 exterior colours, including our favourite Scarlet, Crimson Red, and Dark Blue metallic.

The interior has moved up and is now in the league of some premium offerings. The use of a new synthesized fabric called Rezatec is interesting, because it replaces traditional cattle skin leather but keeps its texture and comfort. The seats themselves are of a sporty design with a ribbed pattern. A new infotainment system with touch screen has been fitted. In XS models it measures 10.6cm, while the XR version is 17.8cm wide. Other notable features include a multifunction steering wheel with tilt and telescopic adjustment and Apple Carplay/ Android Auto connectivity. 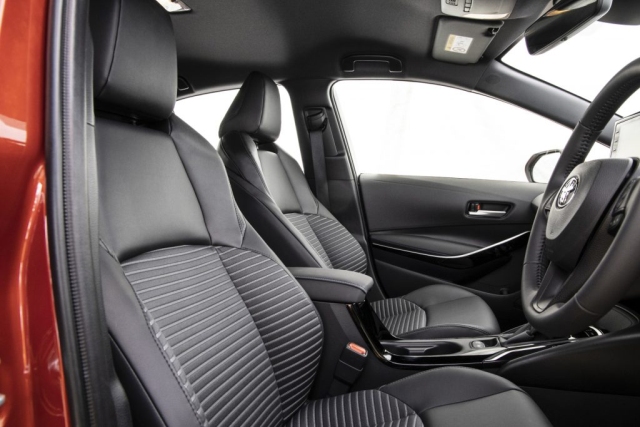 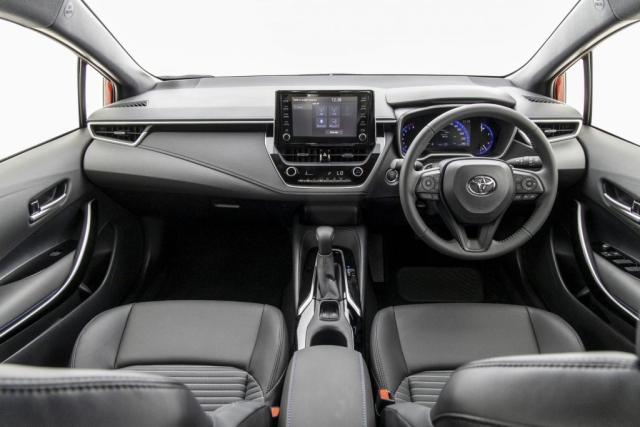 Two naturally aspirated engines have been employed to power the new Corolla sedan. They are the trusted 1.8-litre producing 103kW of power and 171Nm of torque. In South Africa it is exclusively mated to a 7-speed CVT transmission and is said to return a 6.2 litre per 100km average fuel consumption figure. The XR models can have either a 6-speed manual or a 10-speed CVT. These CVT speeds by the way, are pre-programmed, since a CVT by its nature has endless gears. Still on the XR, power comes from a 2.0-litre engine making 125kW and 200Nm, averaging 6.5 litres per 100km for the manual and 6.0 litres per 100km for the CVT. 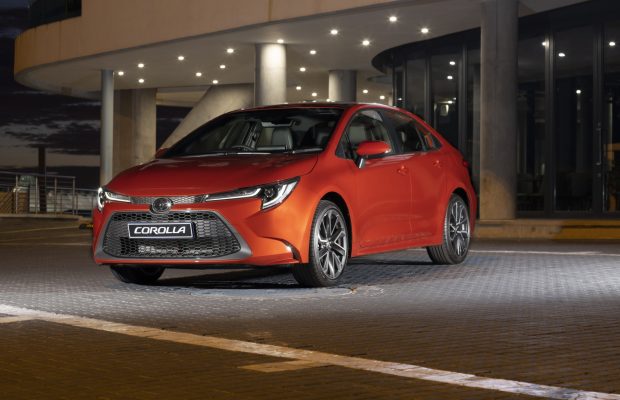 Corolla sedan drivers and their passengers can rest assured that the company has taken care of their safety via a number of aids, including 7 airbags, ABS brakes with EBD, blind spot monitors, lane trace assist, the use of aluminium and high strength steel where appropriate and others. The car is also 2cm lower than its predecessor, has a McPherson strut suspension system at the front and a multilink rear one, which enhance its handling abilities and improves the fun driving aspect of things. 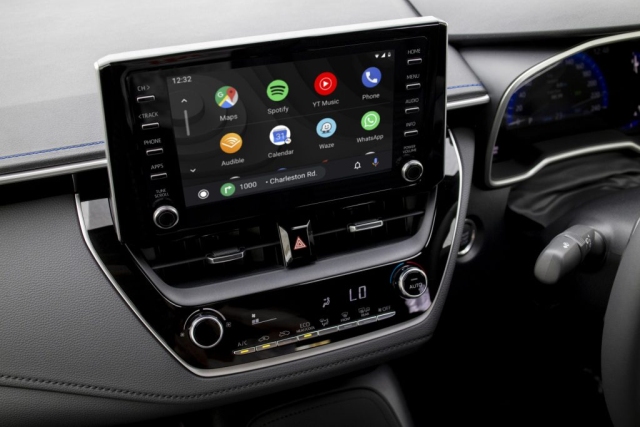