< Back to results
Home / All Reviews / Hyundai Kona updated

Hyundai Kona, it's about the power-trains and lots of strong features.

By Thami Masemola on 21 Jul 2021
The Hyundai Kona has been flying largely under the radar in South Africa, having been launched locally in 2018. Since then, over 1 700 units of the Kona have seen new homes across the country. A good number, but one that could be better, considering that Hyundai SA is now the third best-selling manufacturer of passenger cars. Thus the introduction of the updated Kona should spark renewed interest in the Kona badge and see an uptick in sales. 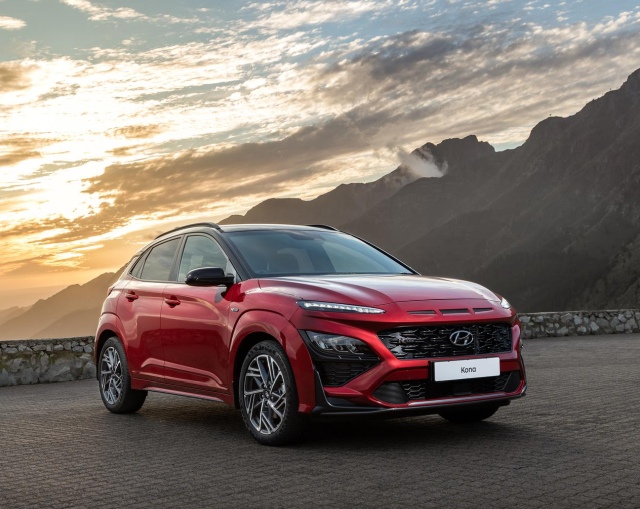 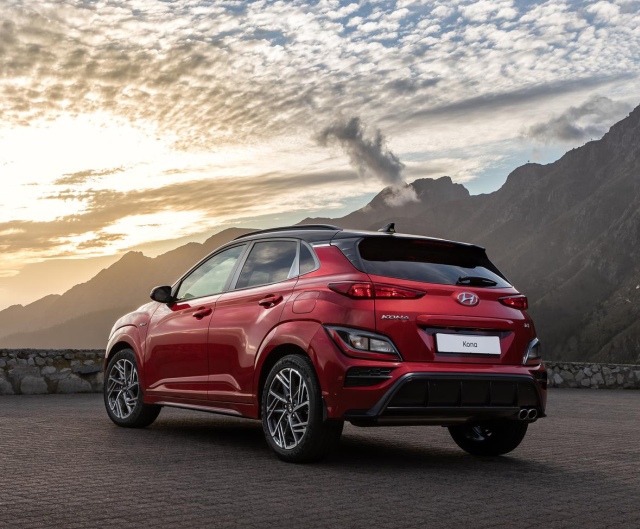 One of the major changes made to the car is the new N Line trim. Add to that will be a fire-breathing Kona N with a performance pedigree and engine to match. But that is only for 2022. For now Hyundai has brought three derivatives, namely the Nu Executive, T-GDi Executive and the T-GDi N Line respectively. 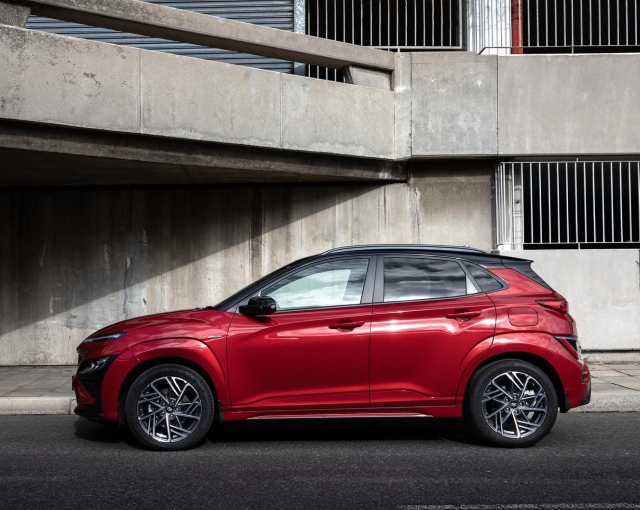 So as far as the exterior, the designers went for a more dynamic yet simpler look. The front grill is different; a longer air intake on the front bumper, new lights, LED daytime running lights, and the front end as a whole. It certainly has more aggression now, more purpose. It is actually some 4cm longer than previously, although the naked eyed would struggle to tell that difference. The side profile shows 17-inch wheels for the Nu Executive, while the other two get 18-inch metal with matching rubber. 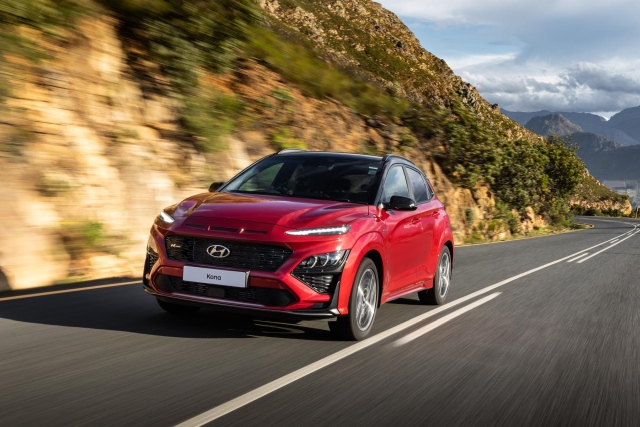 At the rear we see a redesigned bumper section, along with new lights both above and below. An air diffuser gives a lovely aerodynamic and sporty feel. Kona will be offered in six exterior colours, including Atlas White, Surfy Blue and Pulse Red. Having sampled some of these in the metal, I could eagerly say they look splendid. The car is aimed at the younger segment and most of these colours definitely work for them. 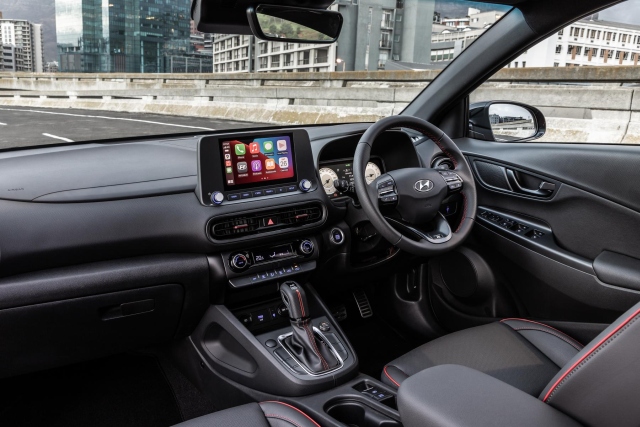 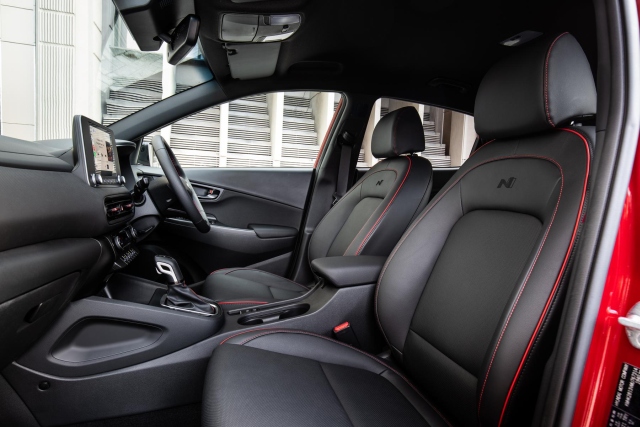 Interior appointments are suitable for the segment, and updates work well. For example, the Kona’s ambient lighting illuminate cup holders and foot wells, something underrated. There is more legroom now as well, while the speakers and air vents gain aluminium rings around them. The N Line model comes with leather seats and red stitching, giving it that added attractiveness. 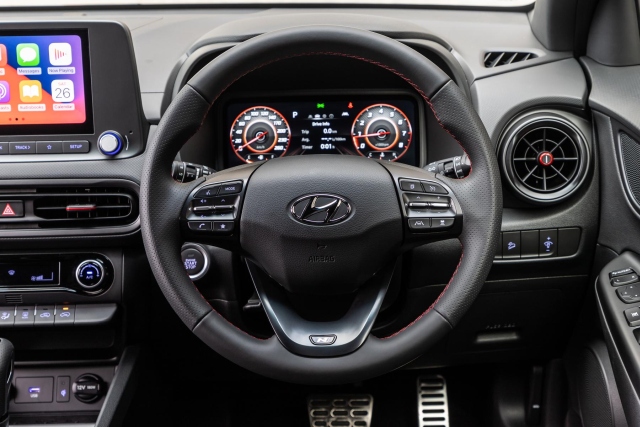 Occupants will be pleased to see the 20.32cm infotainment touch screen that accesses all sorts of functions and information, including the radio, Bluetooth connectivity, wireless Android Auto and Apple Carplay and others. Wireless smart phone charging is part also of the standard offering. No more losing charging cables. Safety is a big deal in any car these days and the Kona has it aplenty. Features including ABS with EBD, Lane Keep Assist, ESP, Smart Cruise Control, Blind Spot Collision Assist, Downhill Brake Control and Hill start Assist Control.
Being based in Gauteng I was expecting the naturally aspirated 2.0-litre motor to struggle with some breathing issues. Not so much. Those 110kW and 179Nm were available through the rev range, delivered by an automatic transmission. Top of the line is the 1.6-litre turbo engine in the T-GDi range, producing 148kW and 265Nm. As expected, it provides thorough engagement from standstill until the national speed limit, with smooth delivery courtesy of the 7-speed DCT automatic. 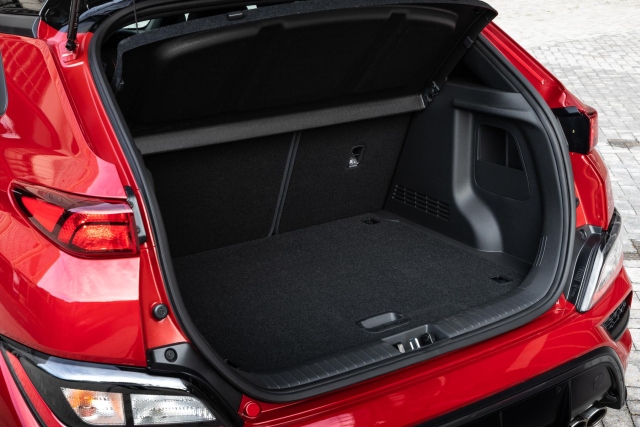 The Hyundai Kona will definitely turn heads again and ignite more interest in the brand, because the car stands out, it offers good power-trains and lots of strong features.