< Back to results
Home / All Reviews / Toyota Land Cruiser 300 driven

Master of Africa. That is the affectionate nickname given to the Toyota Land Cruiser

By Thami Masemola on 26 Jan 2022
Master of Africa. That is the affectionate nickname given to the Toyota Land Cruiser, because of its exceptional off-road prowess and ability to travel pretty much anywhere on the continent of Africa. Recently launched is the new-generation model, known as the Land Cruiser 300 or LC300. It is the first brand new Land Cruiser in 14 years. Mind you, the old car was still selling quite well in our South African market. But the new one appears to be extremely popular already. 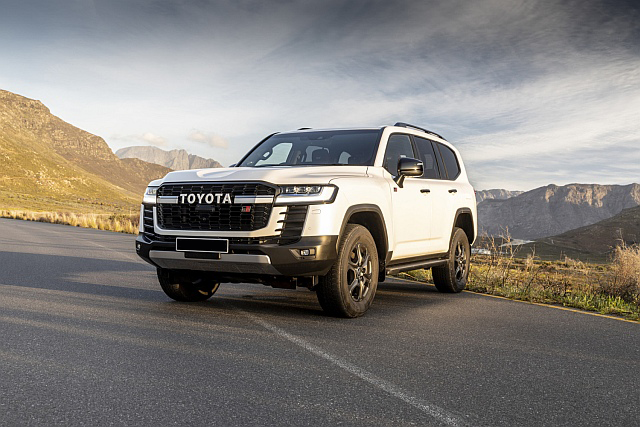 According to reports from local and overseas sources, demand for the LC300 is so high that there is currently a 4 year waiting list. Toyota were barely able to source launch units for the local media, and they cannot keep up with demand as we speak. Easy to believe, because this car is quite a bold statement from the brand. Three model grades went on sale in this country, namely the GX-R, ZX and the GR Sport or GR-S. In turn those models come with two powertrains; a petrol and a diesel V6. 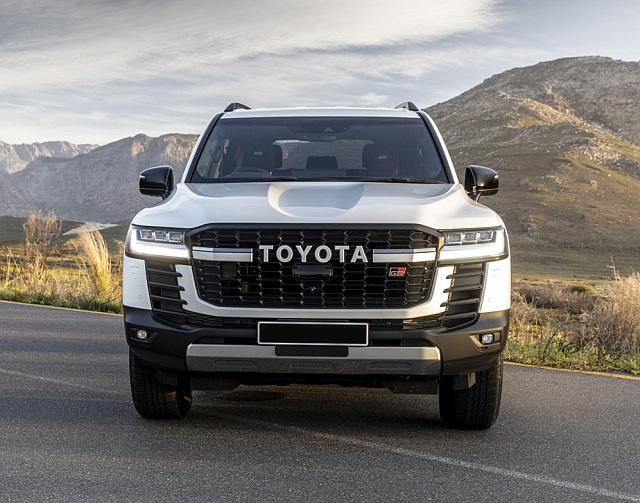 Powertrains will come later, let’s first look at the skin and interior. The large, wide front grille is hard to miss. So is the Toyota emblem. L-shaped LED daytime running lights form an extension with the grille bar, while the LED headlights appear below the bonnet. The GR (Gazoo Racing) stamp is located on the grille as well. Fog lights sit on the lower bumper. Toyota designers kept the box shaped tradition of the Land Cruiser, as the side profile illustrates. Wheels are black 18-inch alloys, with the side mirrors featuring indicator lights. The rear end has LED lights, an integrated bumper, and a roof-mounted brake light. The Toyota badge sits on top of the words Land Cruiser, while another GR stamp appears on the right hand side. 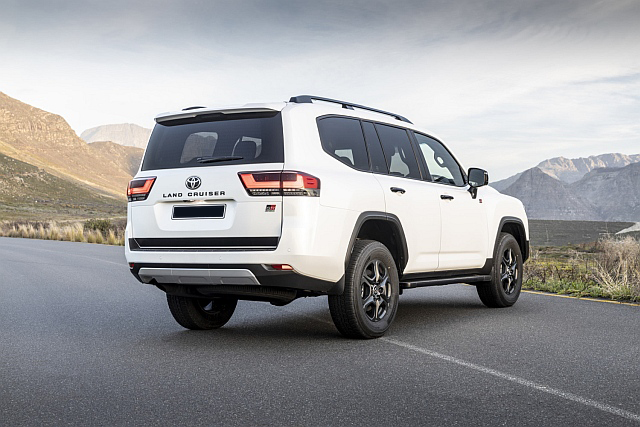 The car I drove came with a leather interior with GR emblems on the headrests, black and red leather seats and a leather-covered multifunction steering wheel with dark wood touches. Infotainment is taken care of by a large 31.2cm touch screen with many functions, including the usual radio, Bluetooth connectivity, satellite navigation, Apple Carplay, Android Auto, and also acts as a display screen for the reversing camera. The Land Cruiser 300 is a big car – 4.9 metres long, 1.99m wide - and you really see this when parking it or simply sitting inside. The centre console takes two cup holders side by side, while the storage bin below doubles as a cooler box. 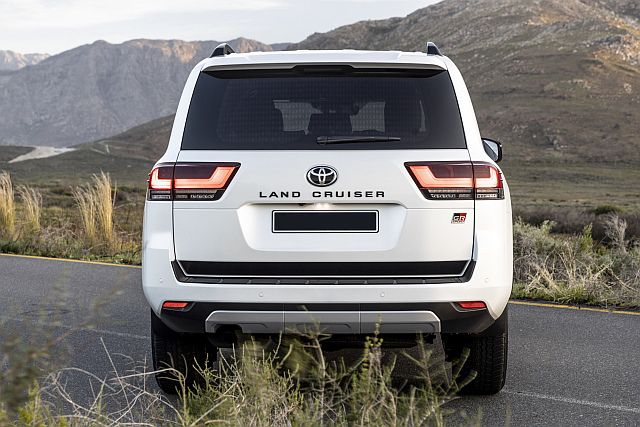 With 7 seats on offer, many seating configurations are possible. The third row is electronically foldable, creating a flat floor, while the second row is manually foldable. There are plenty of USB charging and connection ports, while the powerful, 14-speaker JBL sound system keeps you entertained. Of course it also comes with the MyToyota App that is preloaded with 15GB of data and other features. 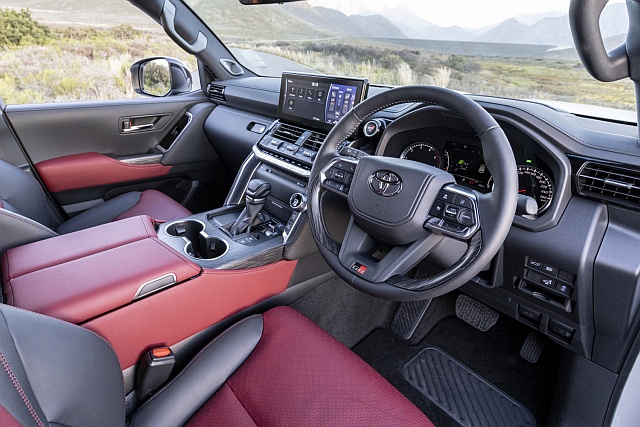 Our test unit was a 3.3-litre turbo diesel V6 model producing 225kW at 4 000rpm and 700Nm of torque between 1 600 and 2 600rpm. That engine is paired to a new 10-speed automatic transmission sending power and torque to all four wheels. The transmission features low-range and diff-lock functionality, as one would expect of any Land Cruiser. Whilst the 210km/h top speed does not sound high in hi-performance terms, the LC300 has no real need for it. In fact, a car like this should be limited to 180km/h. Worth adding on that vein is that it handles much better than its predecessor around curves and corners. Also, I managed to average 9.8 litres per 100km of diesel consumption. 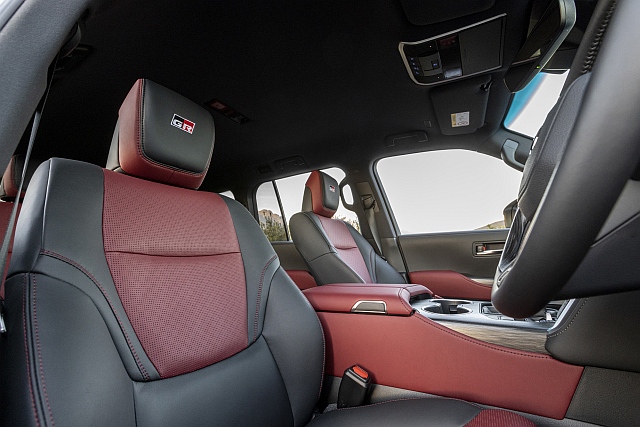 Where it excels is off the beaten path, thanks to a range of technologies on offer. Given, it is a 4x4, all-terrain vehicle. The low-range is electronically activated, so is the diff-lock and parking brake. The approach angle is 32-degrees, while the departure angle is 25-degrees. Other off-road assistants include Electronic-Kinetic Dynamic Suspension System (E-KDSS), 4-camera Multi-Terrain Monitor (MTM) with Panoramic View Monitor, front and rear differential locks, Crawl Control, Hill Start Assist and Active Traction Control (A-TRC). All these conspire to make the LC300 one of the most formidable off-road animals of any kind, capable of taking on terrain such as sand, snow, gravel and rocks. 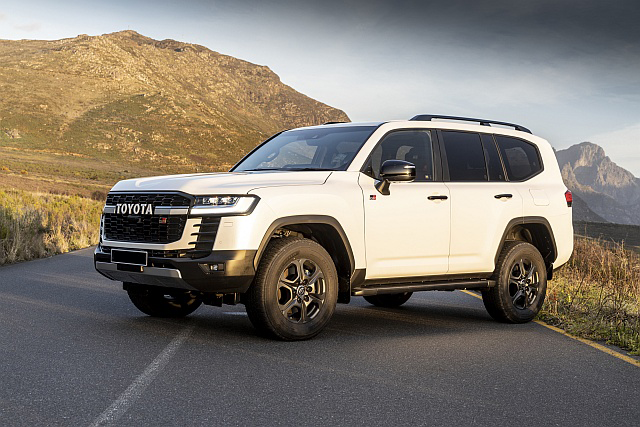 Undoubtedly the new Toyota Land Cruiser GR-S is a highly talented specimen with obvious, as well as hidden abilities. It is no wonder that those who can afford the R1.8 million asking price are clamouring for a piece of the action.