< Back to results
Home / All Reviews / Ford Ranger FX4 launch

Ford produces one of the most desirable vehicles on the South African market, namely the Ranger. This vehicle is a top-seller for the brand, regularly

By Thami Masemola on 30 Apr 2021
Ford produces one of the most desirable vehicles on the South African market, namely the Ranger. This vehicle is a top-seller for the brand, regularly clocking over 2 000 units per month in our country. No doubt extremely popular. In fact, Ranger is in the top 5 best-selling vehicles of all types here, which is quite incredible. Now a new model has been added to the range. 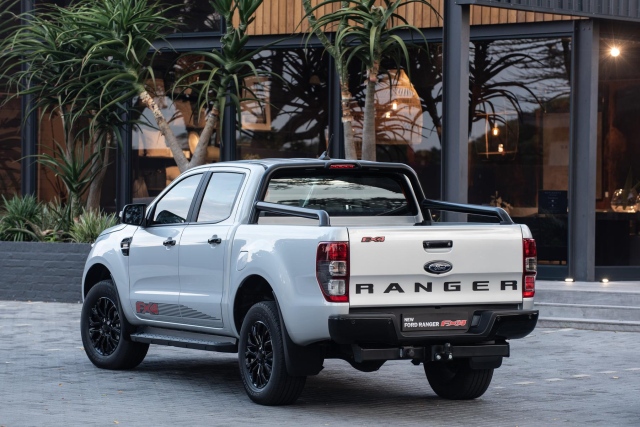 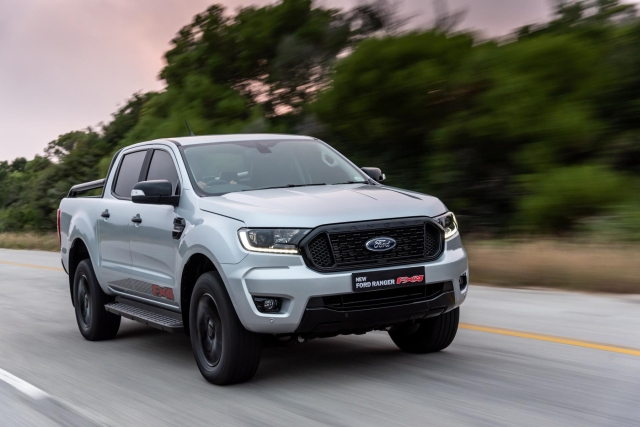 Over the years it has become quite clear that the Ranger is Ford’s number one priority vehicle in the South African market. Just a few months ago it was announced that a US$1 billion investment into the company’s Silverton plant would be made in order to – among others - prepare production for the next-generation Ranger which launches internationally in 2022. Of course then that means the current Ranger is facing the end of its lifecycle. 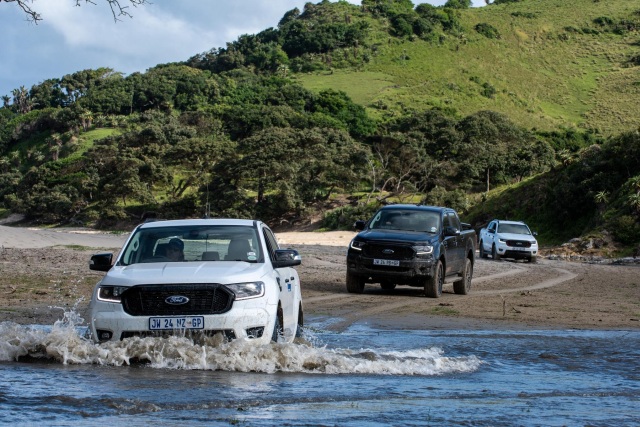 But in order to keep customers streaming into the dealerships, fresh updates need to be made, especially as competitors also keep announcing additional models to their own bakkie ranges. And so the FX4 is necessary. Based on the existing 2.0-litre single turbo XLT double cab model, the FX4 sees a number of upgrades that will hopefully make it attractive enough to keep the sales ticker, well, ticking. 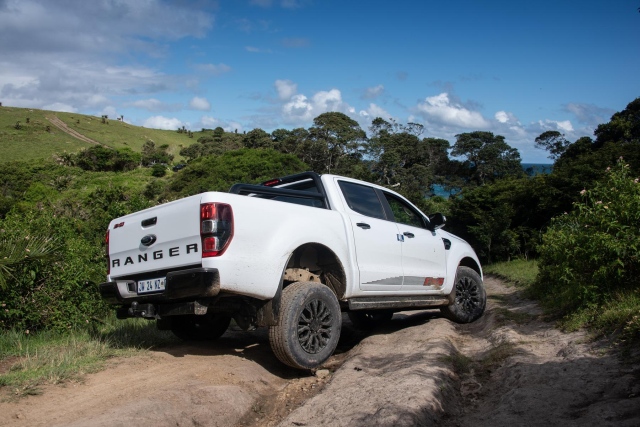 So where are the major changes? Well obviously the FX4 badges and decals appear over certain areas, such as the lower door sides, and rear tailgate (in 3D). Black alloy wheels of 17-inch size give the car some extra presence, while the black mesh grille and black tubular sports bar add to the drama. The Ranger FX4 is available in five colours, namely Moondust Silver, Frozen White, Sea Grey, Race Red, and Agate Black. 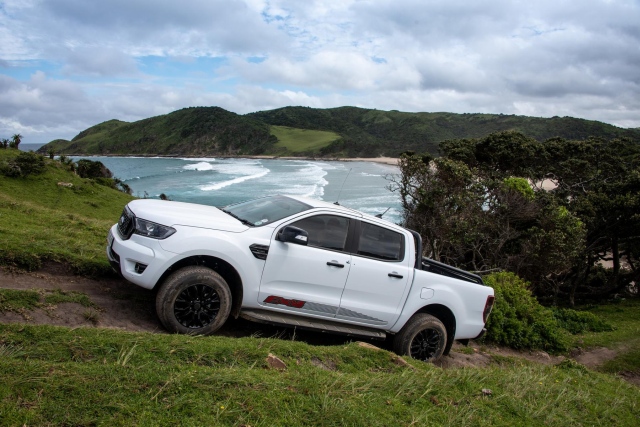 The interior sports certain elements like embossed FX4 logos on the front seats, a dashboard with red stitching, same appears on the steering wheel and gear lever too, as well as a rear parking camera, dual-zone automatic climate control, keyless entry and others. Perhaps the biggest interior highlight is the new FordPass Connect app that works with SYNC3. The app allows for things like locking and unlocking the doors remotely, starting the engine to activate the climate control system, keeping track of past and future services, and viewing the vehicle’s warranty information among others. 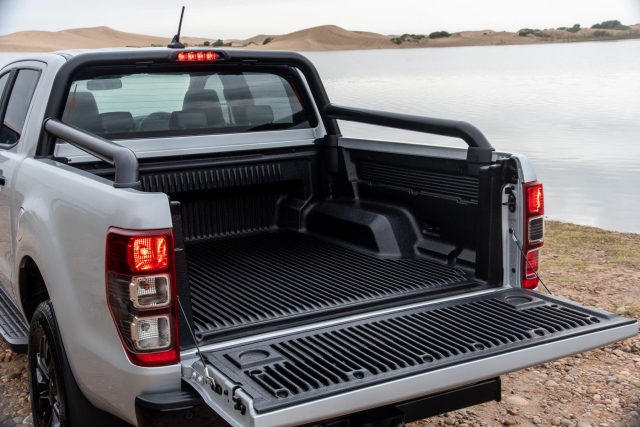 “The attractive new FX4 also spearheads the introduction of FordPass Connect which adds a wide range of connectivity services to the Ranger line-up,” according to Doreen Mashinini, General Manager, Marketing at Ford South Africa. “FordPass Connect allows customers to access and control a number of vehicle features remotely via the FordPass app on their smartphone, bringing an entirely new level of innovation, functionality and convenience to the segment. Combining the FX4’s eye-catching design, practical features and the trend-setting connectivity provided with FordPass Connect and the FordPass app, embodies the values of our Live The Ranger Life campaign, and shows how the Ranger enhances peoples’ lives for both work and play.” 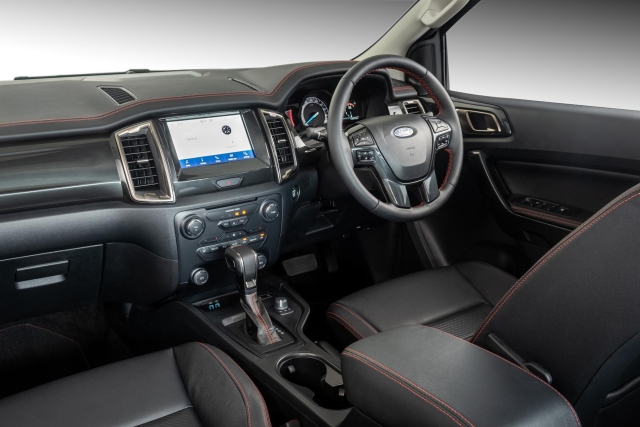 Powering the Ranger FX4 is Ford’s 2.0-litre single turbo diesel engine that produces 132kW of power and 420Nm of torque. It is paired to the company 10-speed automatic transmission. The FX4 can be ordered in both 4x2 and 4x4 flavour. I found it easy to drive during the media launch in the lovely Eastern Cape region, with the light steering wheel turning to the touch and the engine able to handle freeway speed limits as well as crawling, off-road speeds. 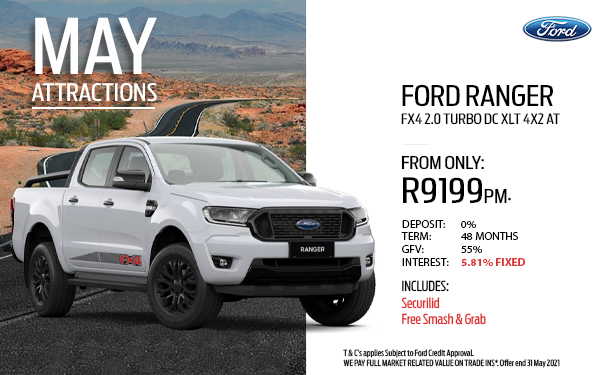