< Back to results
Home / All Reviews / Volkswagen Amarok V6 drive

Volkswagen is offering the Amarok V6 to the Mzansi market because we love bakkies. They don’t come any more powerful than this.

By Thami Masemola on 21 Jul 2021
Oddly enough South Africans and Americans have this in common: we are bakkie-loving nations. In the United States, as it is in this country, the bakkie rules in terms of new motor vehicle sales. Our favorite car of any kind is the Toyota Hilux, and most of the manufacturers who do business in this country offer a bakkie range of their own for the market. One of these is Volkswagen. 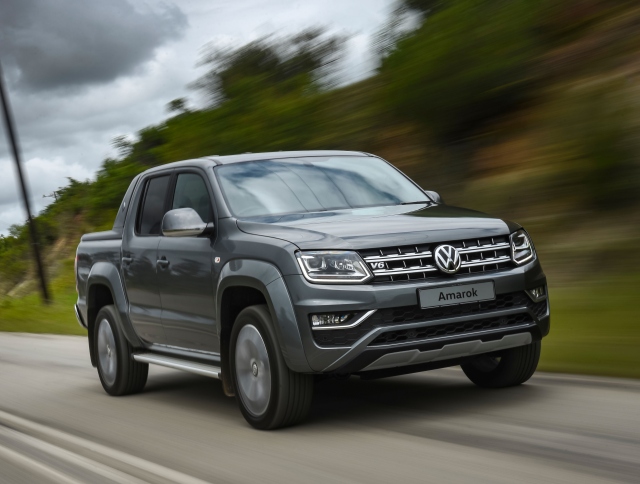 The German auto maker leads in terms of passenger car sales with the Polo Vivo and Polo respectively occupying first and second places when it comes to sales between January and June 2021. During those first six months of the year 11 560 units of Polo Vivo and 9 045 Polo's were sold. However, the Amarok did not fare that well, shifting only 908 units in the same period. 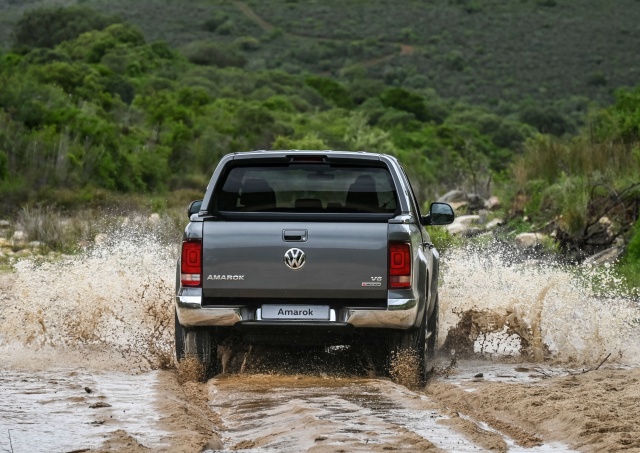 While the Amarok is exceptional and highly capable, it just has not been doing well in the South African market. Perhaps the brand new shape that will launch at the end of 2022 will change things around. The cars are certainly very good. Which brings me to the Amarok V6, the country’s most powerful bakkie. That title used to belong to several different manufacturers over different periods of time. Today Volkswagen wears the crown via the Amarok V6. 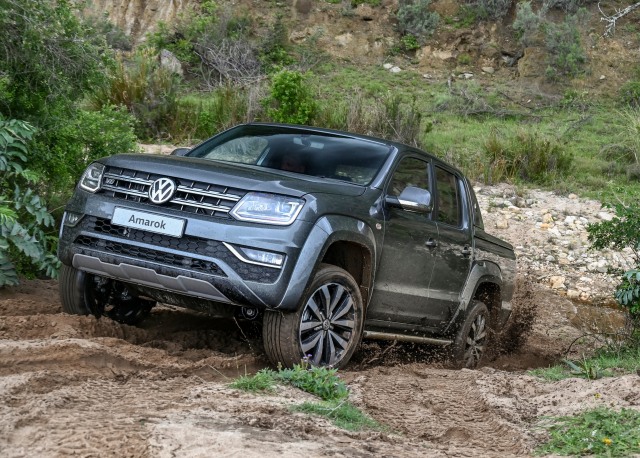 Obviously not everyone is interested in buying all that power. However, there are plenty of customers who love the bragging rights, the sheer thrill of hauling two ton's of metal with a rear load box past a hot hatch at an unspeakable pace. For that person, the Amarok V6 is the only choice. 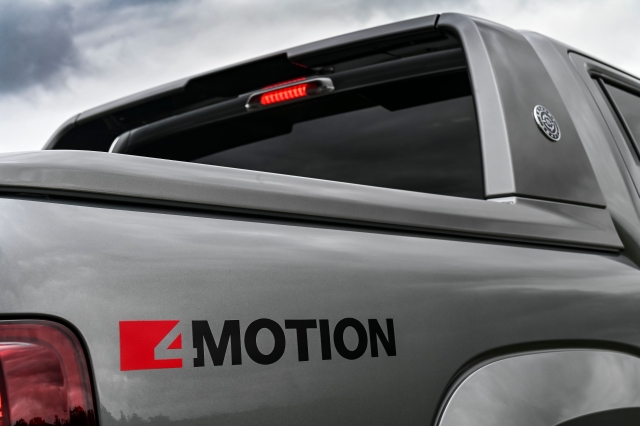 The engine is a 3.0-litre V6 TDI turbo diesel and it produces a boisterous 190kW of power from 3 000rpm and 4 500rpm, as well as thick torque of 580Nm between a lowly 1 400rpm and 2 750rpm. But that’s not all, because this bakkie can develop up to 200kW through an overboost function that lasts up to 10 seconds a time when overtaking and so on. Accessing all this is an 8-speed automatic transmission that sends all power and torque to all four wheels using Volkswagen’s 4Motion all-wheel-drive system. After all is said and done, the claimed 0 – 100km/h sprint time is 7.6 seconds, which is not far off the claimed time of the old Golf 5 GTI. We managed to achieve an average fuel consumption figure of 10.6 litres per 100km, which is marginally higher than what the manufacturer claims in the brochure. 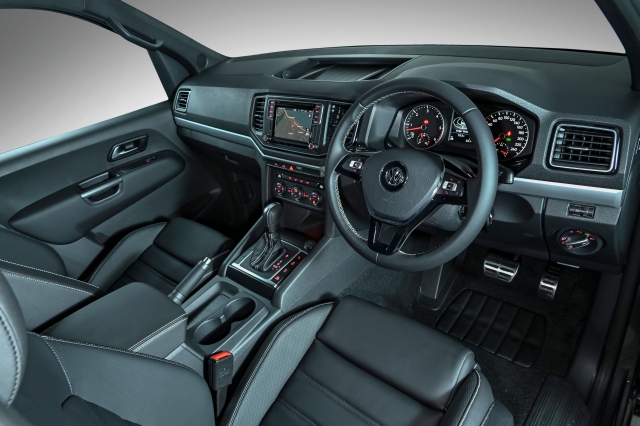 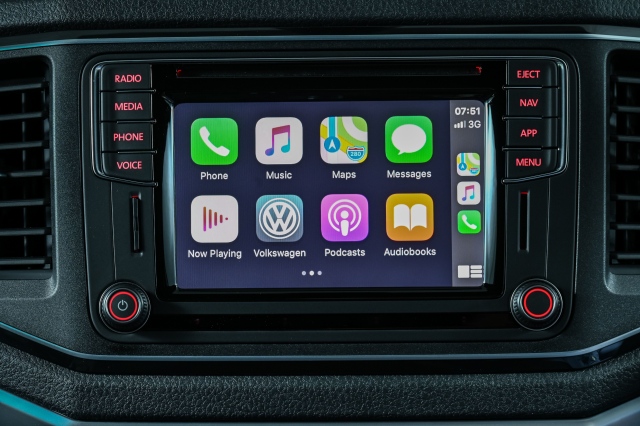 The Amarok V6 buyer not only wants to know they can get to places in quite a hurry, but they also want assurance that the trips will be in comfort, which is supplied via a raft of features. These include bi-xenon headlights, 18-inch alloy wheels (although some would want to see the larger 19-inch Milford alloys instead), Vienna leather seats, satellite navigation, a touch screen infotainment system, Park Distance Control with a rear view camera, multi-function steering wheel, climate control, and others. There is even a seat warming option for the winter months. We tested the 4Motion AWD system over some tough terrain and it was found to be adequate, completing several off-road obstacles with little or no effort at all. 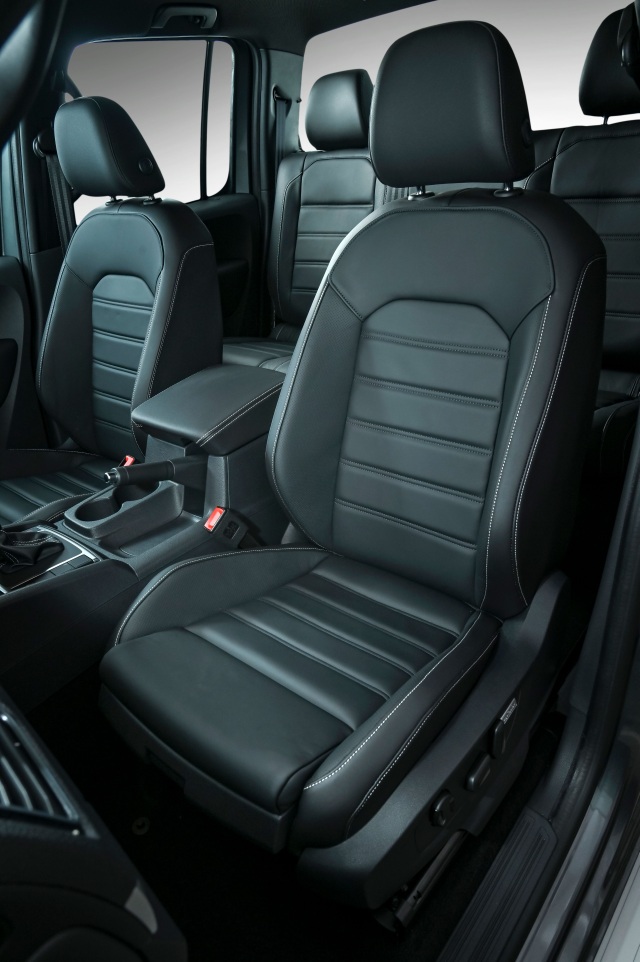 Volkswagen is offering the Amarok V6 to the Mzansi market because we love bakkies. In addition we love powerful bakkies. Well, they don’t come any more powerful than this.