Over the past six months at least, the Honda BR-V has consistently been in the top two selling Honda motor vehicles in South Africa. Some months durin

By Thami Masemola on 19 Mar 2020
Over the past six months at least, the Honda BR-V has consistently been in the top two selling Honda
motor vehicles in South Africa. Some months during that period it was even the brand’s best-seller. Quite a feat for an SUV that some may not consider to be an SUV, but rather an MPV, thanks to its versatility. Now Honda has updated the car by changing and adding a few things that will surely add to its value proposition in the market. 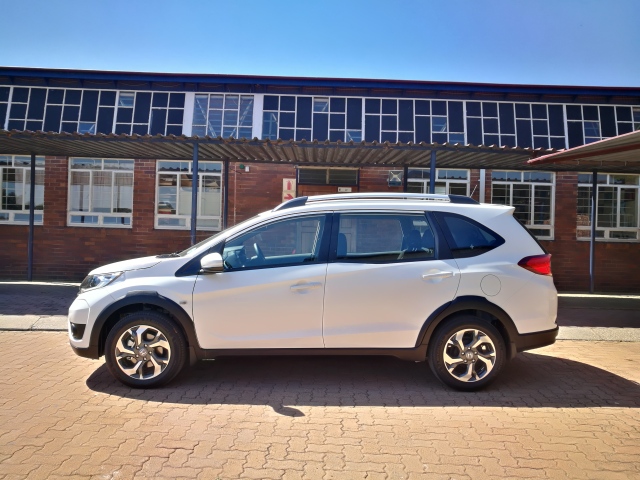 Some of the rather subtle visual changes made include a wider, more substantive front end, new LED daytime running lights under the newly redesigned headlights cluster, and aluminium roof rails to carry extra loads should the need arise. Our Comfort model came with 16-inch alloy wheels, helping the car to stand at 210mm in ground clearance.

Part of that aforementioned versatility is the fact that BR-V is a 7-seater by nature. It has three rows of seats, with the last row consisting of two fully-foldable seats. And yes, there is enough space to sit two adults in there as well, depending on said adults’ heights of course. With several configuration settings, the last two seat rows offer buyers real options when it comes to the loading of passengers and/or goods. We were able to fit a mid-sized ladder in there. Another highlight is that the second row with three seats can be slid back and forth a few centimetres for better legroom. Not many cars of any type or price can boast this in Mzansi. 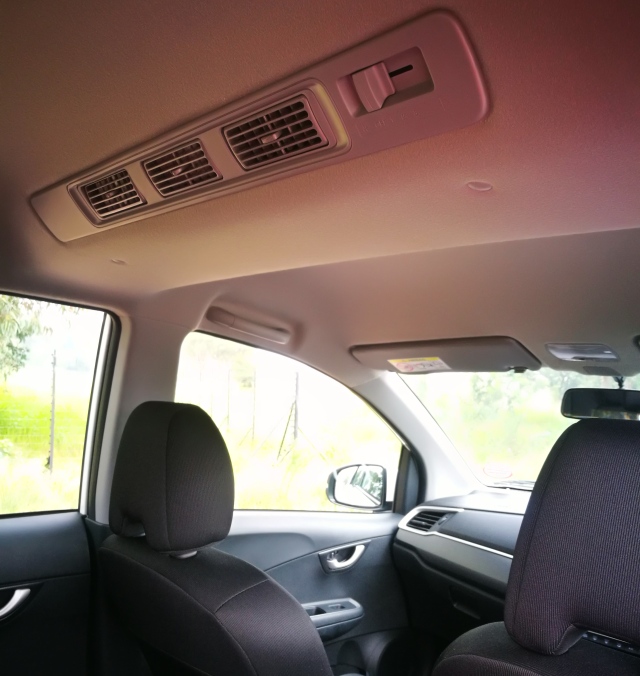 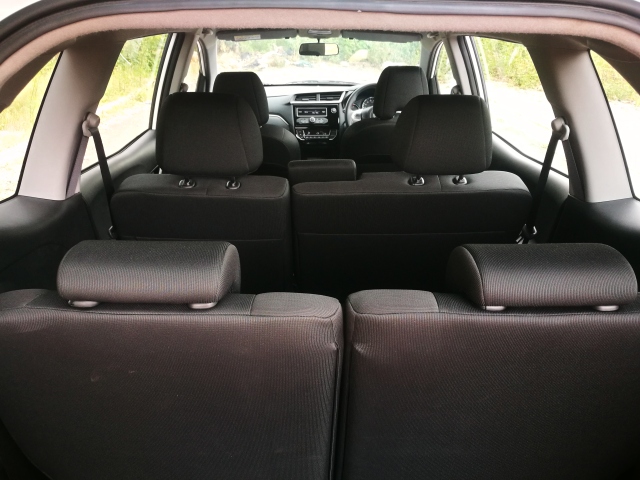 Buyers of this type of vehicle often lament the absence of extra air vents for the rear passengers who would
have to rely on the car’s overall air conditioning system. Not with the BR-V. Honda has ensured that an overhead supply of fresh air is readily available, where rear passengers are able to adjust fan intensity to their own needs. Yes, air conditioning is standard across the range, and in the Comfort model that we drove, climate control is the order of the day. 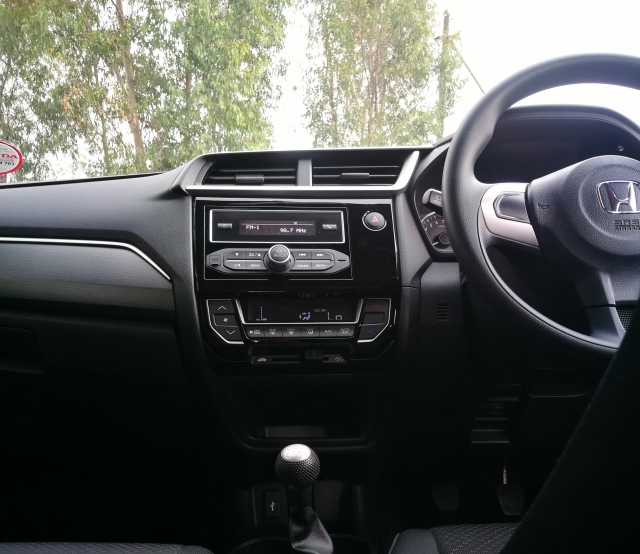 Available with the range-topping Elegance model is a new touch screen infotainment system, which the Comfort does not have. Instead, Honda has fitted a normal sound system, but it does have Bluetooth connectivity, USB port and four speakers. Two front airbags are included, as is ABS braking and an engine immobiliser. Thankfully all the windows come with electric buttons, while the driver also gets an armrest.

New to the Comfort are the LED daytime running lights which of course assist with daytime visibility and just general neat appearance. It also has rear parking sensors to eliminate the risk of bumping objects when parking into tight spaces. Extra soundproofing material was added to reduce the amount of road noise intruding into the cabin. A “small”, but quite noticeable feature when driving longer distances. 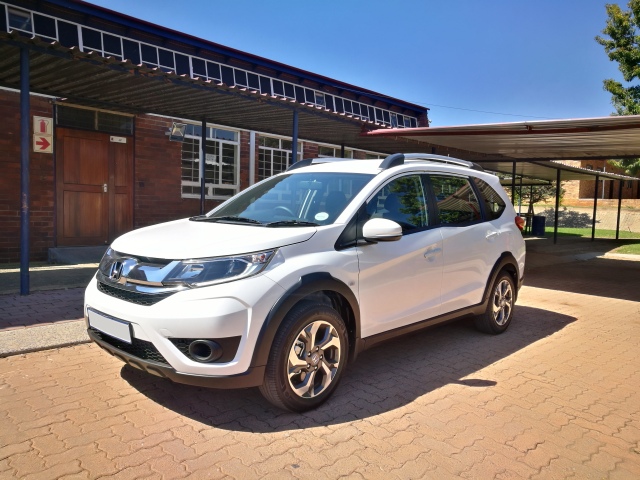 Speaking of which, the BR-V has retained the company 1.5-litre naturally aspirated engine. If you were concerned about its power delivery, don’t be. The compact i-VTEC four-cylinder motor is good for a weighty 88kW at 6 600rpm, and maximum torque of 145Nm at 4 600rpm. Access to that power is through the 6-speed manual gearbox (a CVT option is also available) and the pair works well together. One would not feel inadequate even under load or when overtaking. While this is not a Civic Type-R in terms of performance, it sits high in its class when compared to rivals. Worth mentioning is how easy and fun the gearbox is. So much so that one wishes to keep changing gears even when unnecessary. As far as average fuel consumption is concerned, we averaged about 8 litres per 100km. 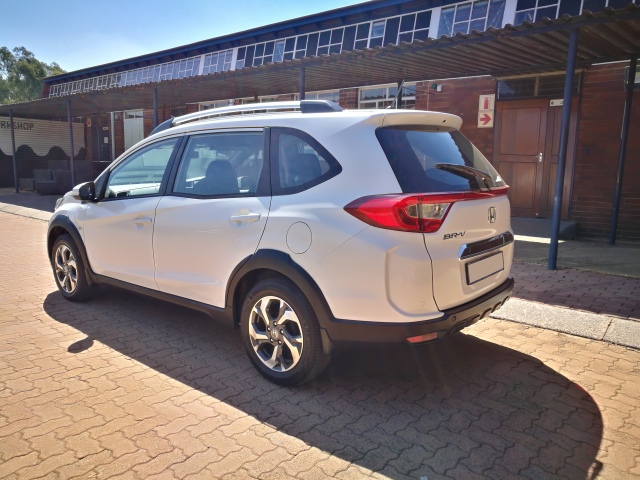 “The BR-V remains one of our core models in the local line-up, and is currently the only seven-seater sport utility vehicle (SUV) in its price class,” says Dinesh Govender, General Manager of Automobiles at Honda Motor Southern Africa. “This affords the BR-V a significant advantage over its competitors, and consistently makes it one of our top two best-sellers in South Africa along with the Honda Amaze compact sedan. The updates for 2020 build on the BR-V's admired reputation for eye-catching style, along with outstanding comfort and driving convenience.”