< Back to results
Home / All Reviews / Suzuki Vitara Brezza

Suzuki continues to embed itself into the hearts of South Africans. Over the past decade the brand has grown quite well in the local market, thanks to

By Thami Masemola on 02 Mar 2021
Suzuki continues to embed itself into the hearts of South Africans. Over the past decade the brand has grown quite well in the local market, thanks to some good, well-priced products that the market has been keen to buy. Latest to this collection is the new Vitara Brezza, a sub-compact SUV sourced from the company’s plant in India. In that country, Brezza has become the leading SUV in its segment, and has sold over 600 000 units since launch in 2016. 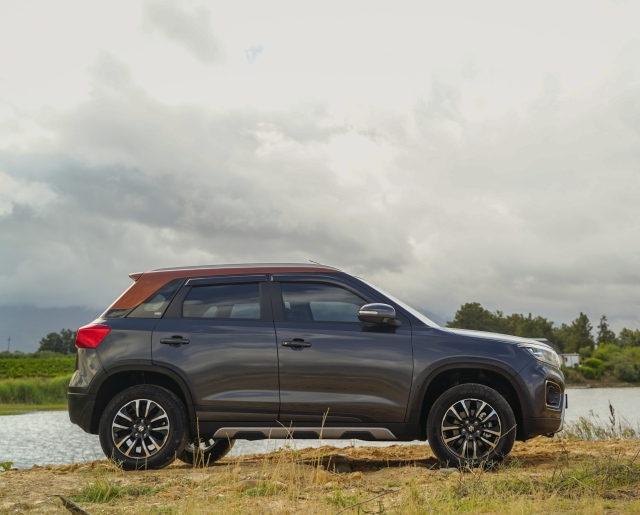 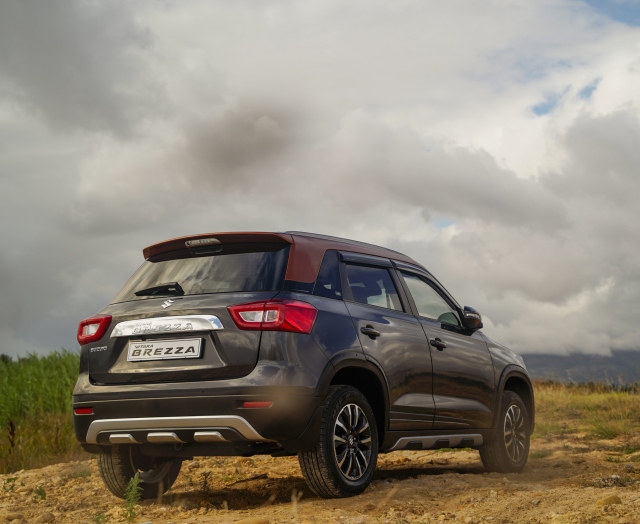 According to Suzuki’s own figures, Brezza has the same 2.5 metre long wheelbase as the bigger Vitara, and stands 19.8cm off the ground, which is also higher than the bigger sibling. Other than that, it is more compact, although Suzuki reckons the cabin is large and spacious for the segment. Two trim levels – GL and higher-spec GLX – are being offered in the South African market. Mainly the differences between the two are cosmetic, such as the 16-inch polished alloy wheels in the GLX vs steel caps in the GL. 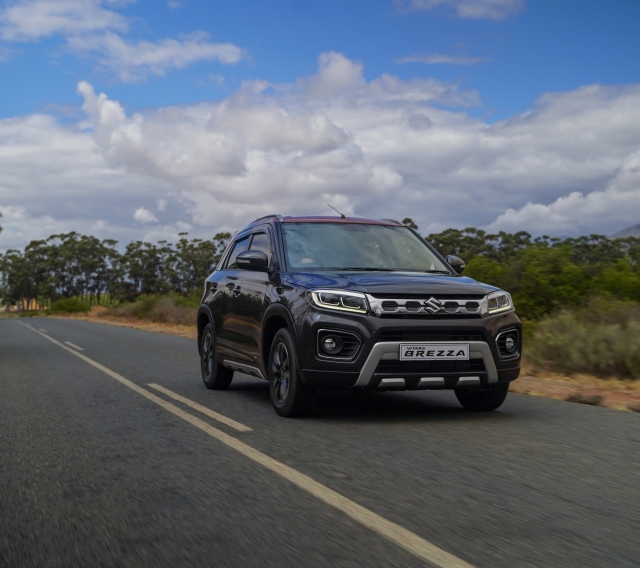 Several exterior highlights can be mentioned. The front end for example, features a bold chromed grille with a large S for Suzuki at the centre, flanked by headlights (LED in the GLX) and LED daytime running lights. Fog lights are present on either side, flanking an alloy chin. Similar chins (skid plates really) appear on the sides as well as the rear end of the vehicle. While on the side, we do see a floating roof that begins on the A and ends on the C-pillar where there is a design insert. Buyers can order the roof in a different colour, thus creating a two-tone colour scheme. Still on colours, buyers can choose from a range, including something called Autumn Orange, Sizzling Red and others, depending on the trim model. At the rear we see the words VITARA BREZZA on the metal alloy, with the latter in clear, large letters. 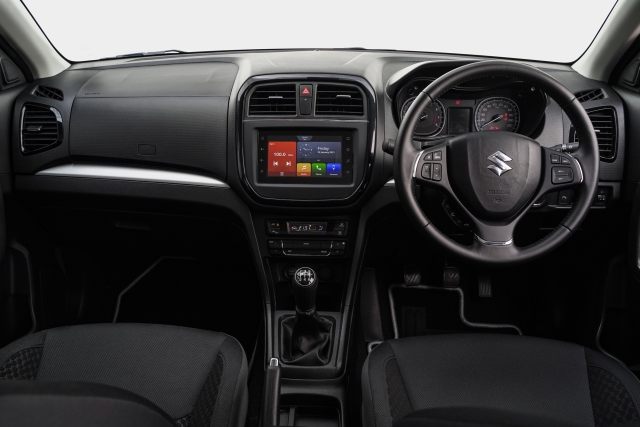 Inside the Brezza features a 17.8cm touch screen for the infotainment system, which itself comes with Android Auto and Apple Carplay for the smart phones. Occupants have access to the air conditioning system, as well as Bluetooth, USB and auxiliary ports. Electric windows are standard across the board, and so are rear parking sensors as well as the rear armrest with integrated cup holders. In the GLX model one also gets nice extras like a multifunction steering wheel and keyless start/stop among others. Both trim grades come fitted with the same safety features, including ABS brakes with EBD, two airbags and ISOFIX mountings for the child seats at the rear.
Brezza is fitted with Suzuki’s naturally aspirated 1.5-litre petrol engine that produces 77kW at 6 000rpm, and 138Nm of torque at 4 400rpm. These are delivered to the front wheels using either a 5-speed manual or a 4-speed automatic transmission. We estimate the 0 – 100km/h sprint time at about 12.5 seconds, while Suzuki itself claims average fuel consumption of 6.2 litres per 100km. 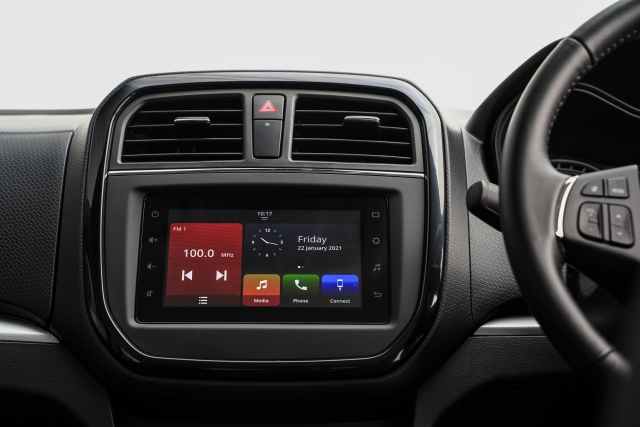 The new Suzuki Vitara Brezza adds another dimension to the ever-growing lineup of crossovers and SUVs in the country, more specifically in the Suzuki model range. It is playing in a highly competitive segment and it will be interesting to see how it does.