< Back to results
Home / All Reviews / Toyota Hilux update

Toyota launched the current-generation Hilux in 2016 and never looked back. Mzansi’s favourite motor vehicle of all time has been the country’s best-s

By Thami Masemola on 13 Nov 2020
Toyota launched the current-generation Hilux in 2016 and never looked back. Mzansi’s favourite motor vehicle of all time has been the country’s best-seller every year for decades, and the 2016 model did not drop the baton. Just in September 2020, the Hilux reported the most sales of any other vehicle at over 4 200 units. But that was the outgoing model and this new one seems poised to do even better. 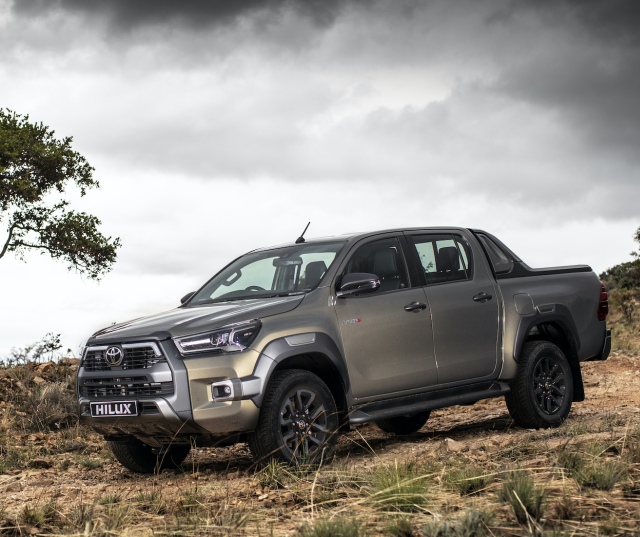 At a couple of points during its lifetime, the current Hilux double cab was overtaken by its most direct rival, the Ford Ranger. In fact, Ranger was selling more double cabs than the Toyota for a long while. One of the reasons, according to internal research, was the Hilux’s looks. Double cabs have become real lifestyle vehicles, and buyers want something that won’t just perform certain tasks, but will do so in style. And the outgoing Hilux was not delivering. 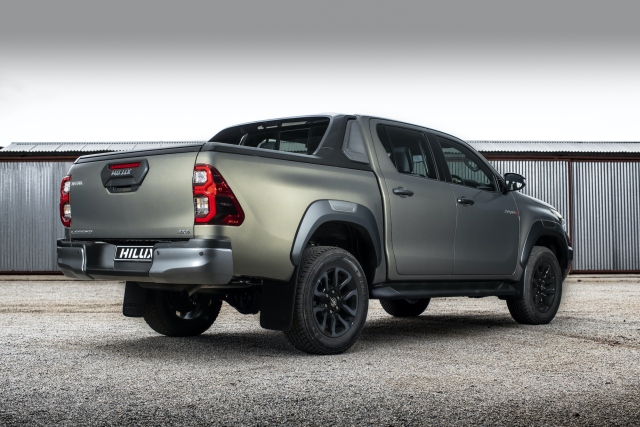 The new vehicle has been greatly improved in different ways. It features a new, neater front grille for example, which is shaped like a trapezoid and is flanked by new headlights, boomerang-shaped fog lamp bezels and Bi-LED headlamps (Raider). While we are on trims, there is now S and SR entry models, as well as Raider and the Legend model. The SRX has effectively been merged with Raider. So the S and SR keep their current look. Remember, only the lifestyle, higher-end market is really interested in the upscale look of a Hilux. 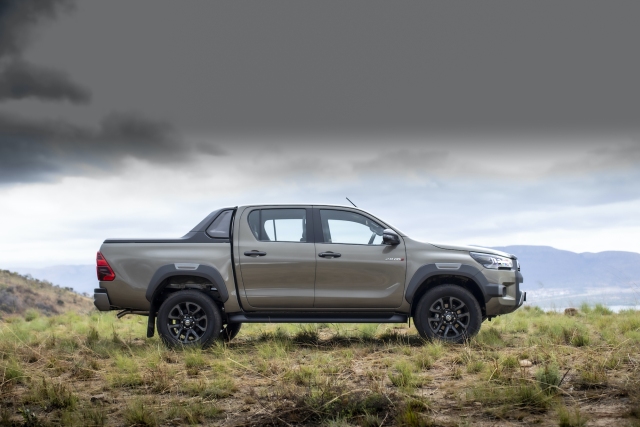 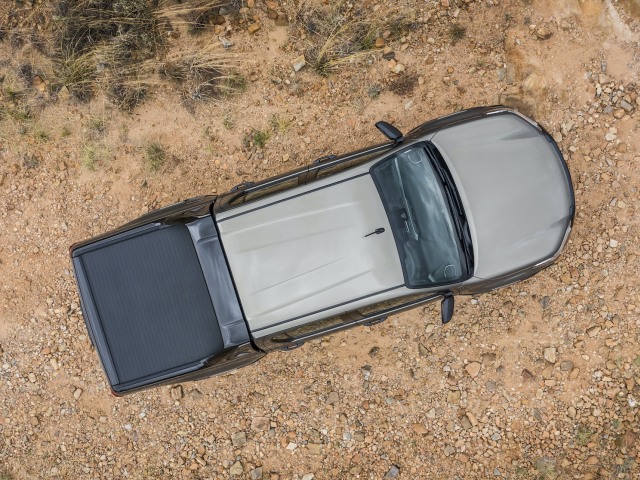 A really sweet option is the Roller Shutter, which is optional on the Legend models. RS, as it is known, is a package that includes a motorised roller rear shutter for the load box. It works at the push of a button to open or close the roller, and has LED lights inside the box. A very cool innovation indeed. Other items in the RS package include a rubberised bedliner, dust-defense kit, a graphite-coloured sports bar (also very cool) and an assisted (easier to open and close) tailgate with central-locking function. 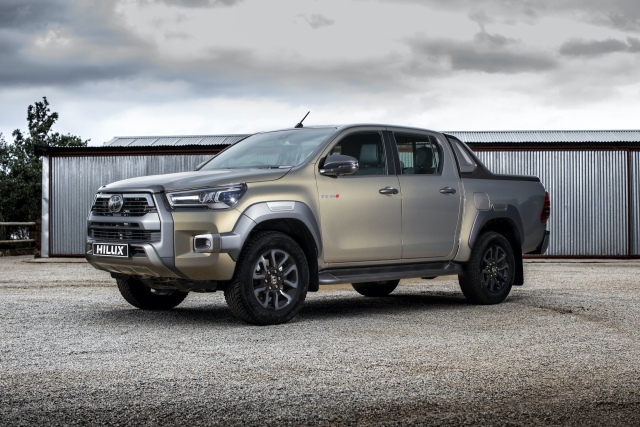 While the exterior has decidedly become more attractive, it is the interior that truly shines. Toyota has included a really upmarket cabin in the new Hilux, with a soft-touch tactile feedback on dashboard materials, as well as metallic inserts. It is the best double cab interior in the business at the moment. Tech features include a 20.32cm “floating” touch screen for the infotainment system with all the key goodies attached, including Apple CarPlay, Android Auto, Google Maps, Waze, USB ports, Bluetooth connectivity, as well as Toyota Connect with in-car Wifi and free 15GB of data. 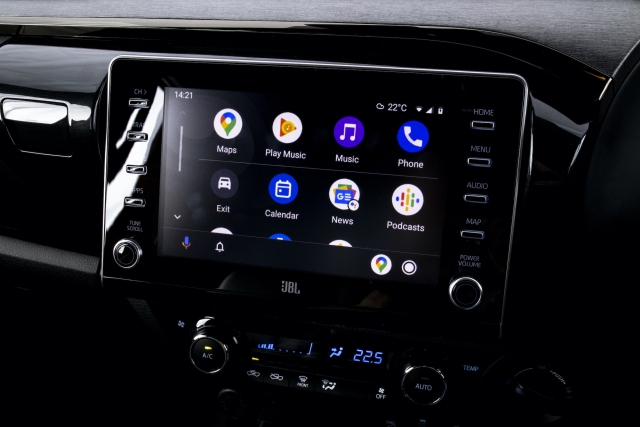 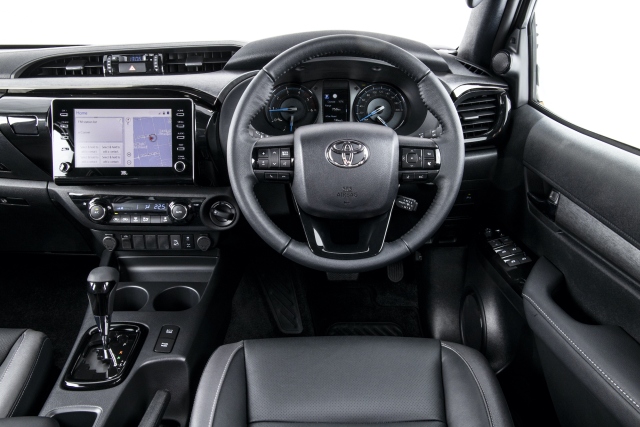 The other big piece of news on the Hilux Legend in particular, is the updated 2.8-litre GD-6 turbo diesel engine. Power has been increased to 150kW, while peak torque is now 500Nm, thanks to a larger turbocharger as well as a new common-rail injection system. Mated to the engine is a 6-speed automatic transmission that changes gears seamlessly. 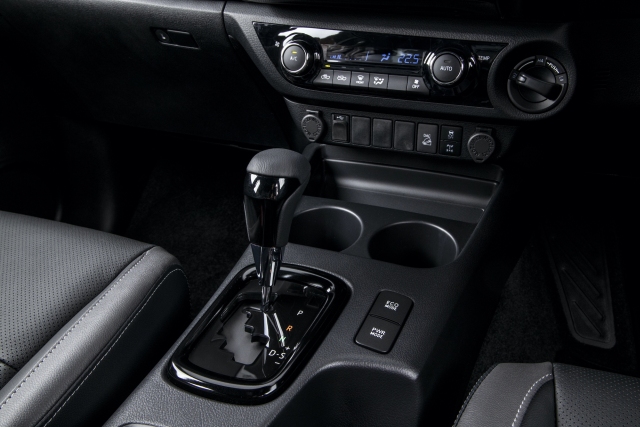 I drove the new Legend at the government’s Gerotek vehicle testing facilities in Tshwane. Gerotek is geared – so to speak – towards testing all aspects of a vehicle’s performance, from speed and acceleration, to handling and off-road prowess. Driving through its challenging off-road tracks that include muddy waters, steep inclines and declines, rough and slippery terrain, the Hilux proved itself very capable, and was never in any trouble at all.