< Back to results
Home / All Reviews / Amazing Black Friday deals on Carfind.co.za

By Thami Masemola on 19 Nov 2021
Black Friday deals are real! Every year millions of South Africans rush to their nearest shopping centres and car dealerships in order to take advantage of incredible sales offers being made by the retailers on this day known as Black Friday. This year it falls on 26 November and should be a cracker as consumers reach out for more normalcy in the wake of the pandemic.

History tells us that Black Friday was the result of the actions of two Wall Street financiers in the 1800s who caused the biggest gold market crash of their time on a Friday, leaving many investors bankrupt. The following century in 1929 the New York Stock Exchange made a huge loss of 6.3% on a Friday, which then became known as Black Friday. During the following decades the day became associated with the Friday following Thanksgiving Day in the United States.

This was because retailers began offering heavy discounts on goods and services to boost sales and clear stock ahead of the Christmas Holiday period. Those that did reaped the rewards of exceptionally high sales and many reported a boost in profits – more than any other day of the year. Interestingly there was some move to rename it to Big Friday in the 1950s because some retailers did not like the original name. However, this did not take.

These days Black Friday is associated with massive crowds impatiently lining up outside their favourite shopping centres, waiting for the doors to open so they can rush in and pick up items off the shelf at often ridiculous prices. Discounts are huge and buyers tend to buy in bulk. While in the motor industry the bulk bit is not necessarily the case, discounts offered are also very high and quite significant. For car buyers looking for absolute bargains, Black Friday will most certainly be full of amazing deals, probably throughout the weekend until Sunday or even Monday in some dealerships.

So keep checking on Carfind.co.za for your normal daily deals, and on Black Friday prepare to find the car of your dreams by browsing through our extensive list of big specials on all kinds of cars. 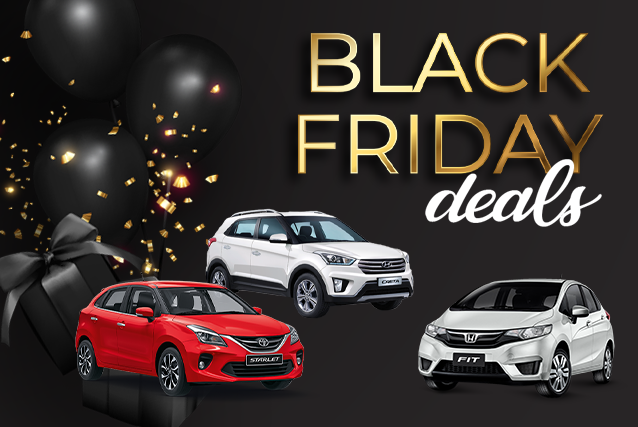