Whenever South Africans buy a new car, roughly one out of eight of us choose a Toyota Hilux

By Thami Masemola on 08 Jul 2021
Whenever South Africans buy a new car, roughly one out of eight of us choose a Toyota Hilux. That badge is the best-selling new motor vehicle range in the country. By far. Just this past six months, 19 818 units of the Hilux have been sold here, which is astonishing. Of course it is also manufactured locally in Durban, and exported to a number of countries. Hilux averages around 3 300 unit sales a month, and a notable number of those are not just single cab workhorses, but double cabs. 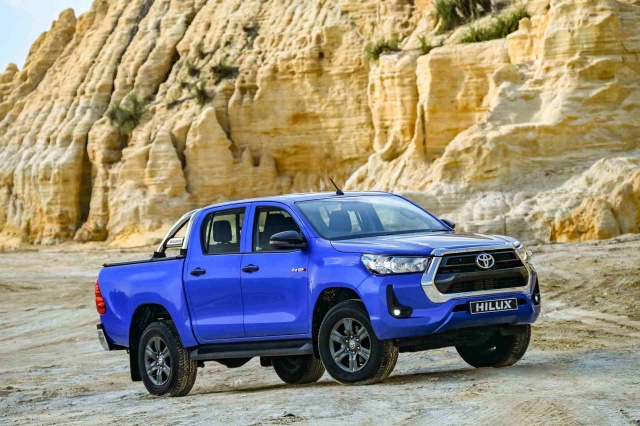 Like this 2.4 GD-6 4x4 Raider unit that we were test driving a while ago. For a while Toyota struggled to dominate the double cab segment of our market. That was because that segment is mainly about lifestyle than utility. In essence, buyers are not just price, but looks-conscious too, and the Hilux had a nose that was not attractive to them. With the new update the nose was changed, as well as the entire front end in fact, to be more appealing. That has made a big difference. The other thing that happened is that lovely, colourful paint options were added to the palate to complement existing ones. Cosmic Blue not only sounds nice, but it really sits well on it. So do Oxide Bronze and Inferno Metallic. Obviously not every buyer aims to be starred at. However, if you like some colour in your life, the Hilux will not let you down. 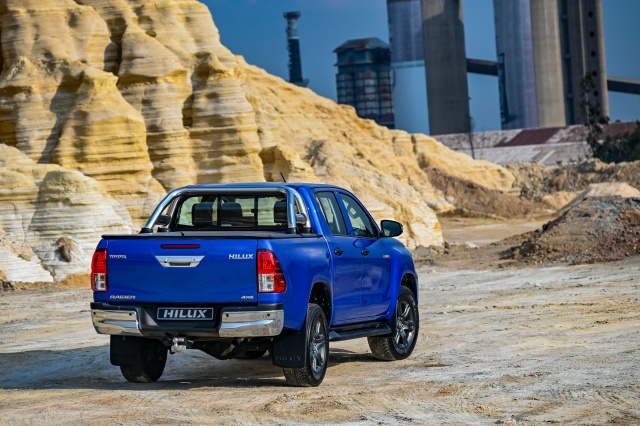 Improved also is the interior, which now feels exceptionally sturdy and solid, yet premium in the bakkie segment. Yes this is still classified as a light commercial vehicle but one does not have to be in their overalls and reflector jackets all the time to enjoy the ride. A multi-function steering wheel makes life easy by enabling access to a number of functions, such as sound volume, instrument panel, and Cruise Control. 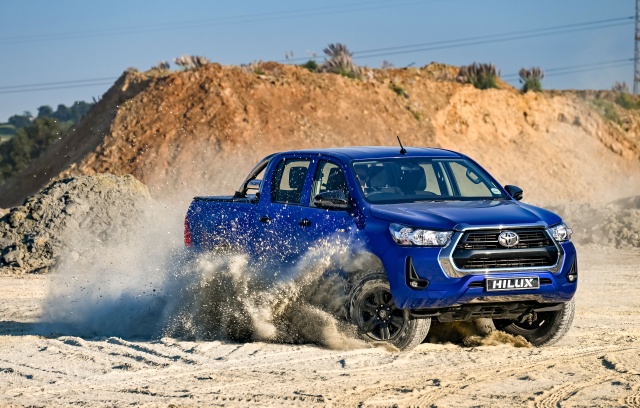 Toyota’s 20.32cm touch screen lets one into the infotainment system, which plays the radio, as well as a number of other functions such as Apple Carplay, Android Auto, Google Maps, Bluetooth, and so on. The 2.4 GD-6 4x4 Raider is a mid-section model, therefore it has normal single zone air conditioning. The cooled cubby hole is a nice touch, and so are the two cup holders located on the dash near the A-pillar. Those benefit from direct cooling (or heating) from the air vents. 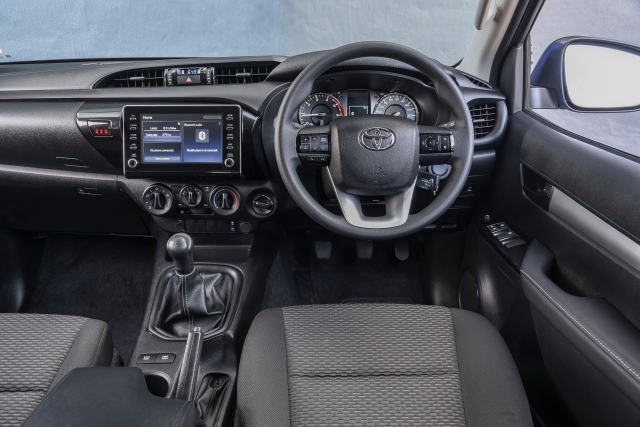 Our vehicle came with a 2.4-litre turbocharged diesel engine that produces 110kW of power and 400Nm of torque. This is paired with a 6-speed manual transmission, sending all that to all four wheels through the 4x4 system. Whilst most buyers in this price range are no longer keen on the manual, it still has many fans out there who love to engage their bakkies closely. This model provides them with that opportunity. An Auto Limited Slip Diff (LSD) is part of the package as well. 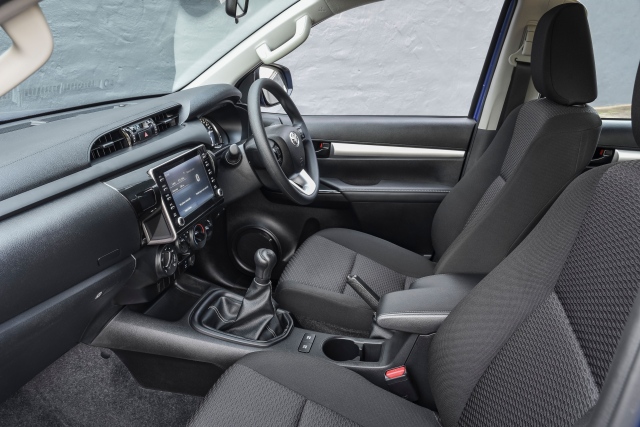