Alfa Romeo is now under the care of the Stellantis group of companies that include Peugeot, Jeep, Citroen, Opel, Fiat, Chrysler, Lancia and Maserati.

By Thami Masemola on 15 Oct 2021
Alfa Romeo is now under the care of the Stellantis group of companies that include Peugeot, Jeep, Citroen, Opel, Fiat, Chrysler, Lancia and Maserati. In South Africa the Stellantis group houses only the first five aforementioned brands. The Alfa Romeo name is well-known here, although it does not necessarily carry a positive reputation. Extensive work must be done on this aspect because their new cars are very good and compare well with their German rivals. 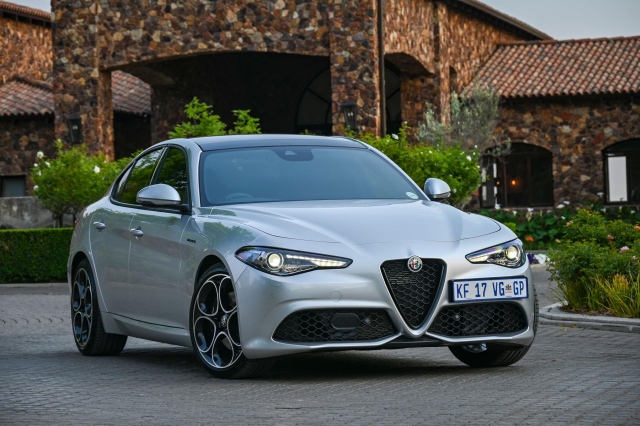 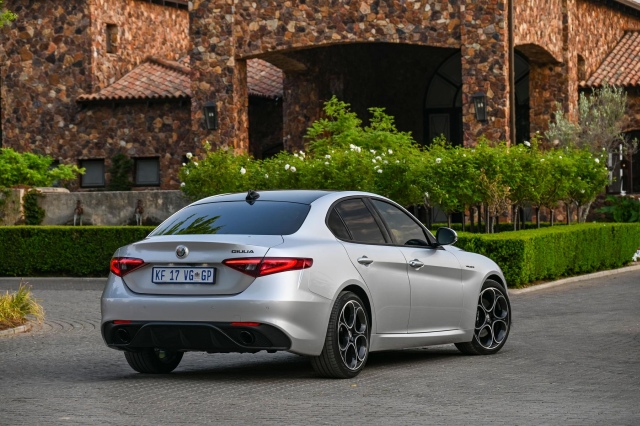 When Stellantis SA launched the updated pair of Giulia and Stelvio, we realised they are serious about putting a dent in the midsized premium segment where the Germans dominate. The Giulia is a highly attractive sedan with plenty to offer the market in terms of technology, practicality, and performance. The Stelvio is an SUV with similar to offer, in addition to a higher ride height. 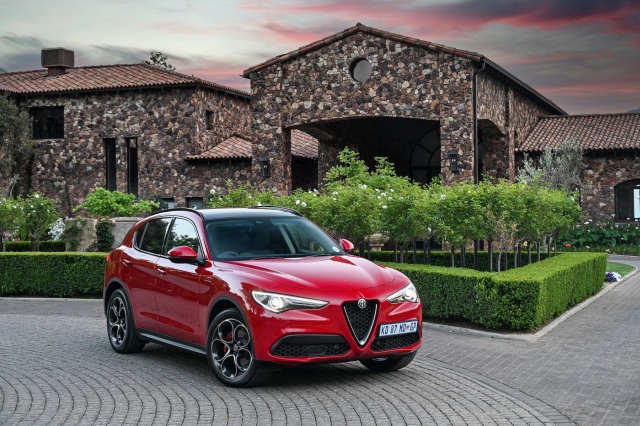 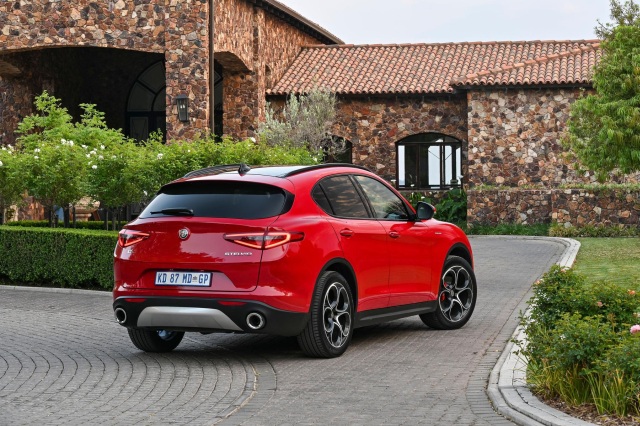 Launched here in baseline guise, the pair will feature two engine choices; a 2.0-litre turbo and a 3.0-litre V6 turbo. We got to drive the former. In the Giulia it is fitted to the Veloce model and delivers some healthy 206kW of power and 400Nm of torque. Clearly nothing basic about that. The Stelvio Super carries the very same engine with exactly the same amount of power and torque. These figures have been carried forward from the pre-updated range, as are those of the Quadrifoglio and Q models (375kW, 600Nm) of Giulia and Stelvio respectively. 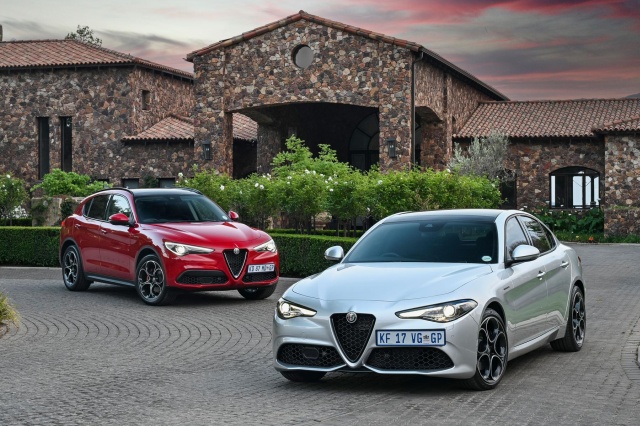 Giulia Veloce – given an 8-speed automatic transmission as standard – remains rear-wheel driven (RWD) across the range, and Alfa claims a 0 – 100km/h time of 5.7 seconds for it, as well as a 240km/h top speed. The unit we drove around Gauteng and North West backroads provided a glimpse into the Alfa world, by rewarding us with good steering feedback, sharp handling, occupant comfort and strong engine responses. 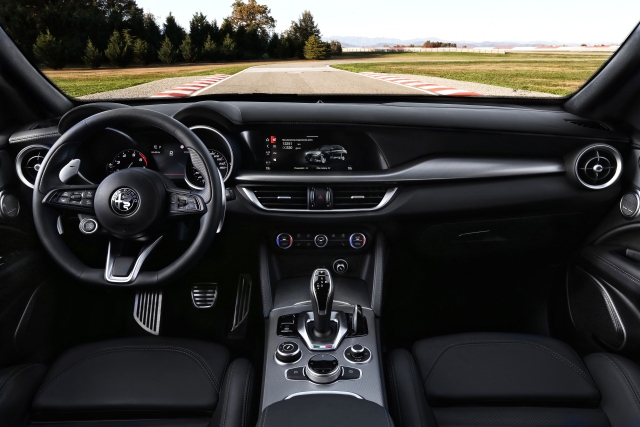 A similar story can be told of the Stelvio Super, which comes with all-wheel-drive (AWD). Yes, because of its higher ground clearance and top heavy nature as an SUV it cannot drive as well as the Giulia. However, for an SUV, it showed itself to be very capable. Something of a unique selling point is that both vehicles are fitted with a carbon fibre driveshaft, assisting in strength and performance.

Notably the interior appointments are now more solid, better put together than before, and advanced. Wood surfaces in oak or walnut, brushed aluminium and leather provide that premium feel to both cars. A new infotainment system with a 22.3cm touch screen, is easy to use. It enhances performance through access to Apps, maps, features like Bluetooth connectivity and others. In basic terms, Alfa Romeo South Africa has loaded these cars with pretty much all features available, bar only a handful. In other words, options are bare and minimum. 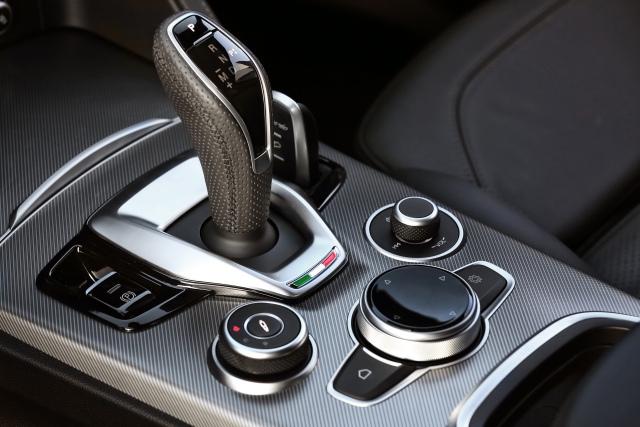 It is true that the German competitors of Alfa Romeo are the leaders in the segments that Giulia and Stelvio compete in. That may be because of several reasons, but these Italian products have shown that they are capable of playing in the same leagues.